Hades Is A Hellishly Good Time

Hi, my name is Derek and I’m addicted to Hades. The first step is admitting you have a problem, right?

Wait, that’s not right. Loving Hades isn’t a problem, not at all. In fact, you should all be playing it because it’s the best game that Supergiant Games has made to this point. If you’ve been following me a while here, you know what a comment like that from me means.

I may have spoiled my impressions of Hades already, but lets dive a bit deeper into the game, shall we? There’s a ton of just wonderful things to unpack.

Players step into the fiery shoes of Prince Zagreus, son of Hades. He’s essentially had enough of his Dad’s oppressive reign and seeks to join his extended family on Mount Olympus. In order to do that, the prince needs to escape the underworld, a task that is much easier said than done.

In typical rogue-likes, story always seems to get pushed to the side in favor of gameplay. Surprisingly, Hades absolutely does both extremely well. As expected, the moment to moment gameplay feels sensational and crisp. Players can pick from 6 very different weapon types, each of which come with a basic and special attack. To round things out, players also have a cast ability and a dash.

Each run introduces boons from the various Greek Gods, further customizing the playstyle based on the upgrade that the player chooses. Various rooms also contain powerups and progression items, meaning every run feels different. 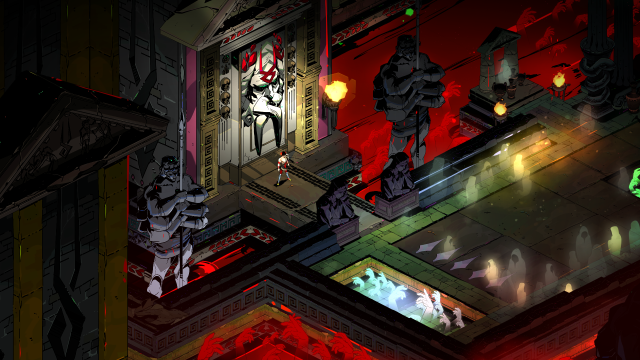 Visually, the game is eye-catchingly gorgeous, from the diverse cast of characters to the unique landscapes that players will need to battle through. Much of the credit goes to Supergiant Games artist Jen Zee (according to many at the studio), especially with the character models which are just fantastic.

I’ll be honest, I’m not a huge Rogue-like person as most games in this genre turn me off by the feeling of having wasted my time upon death. I get that part of the experience is to improve and dive right back in, but in many cases, it sucks when you feel like you lose more than you gain when you die.

However, unlike some of the other games in this genre, Hades feels more forgiving. I feel like part of that comes from how important the game makes the story. The House of Hades features all sorts of interesting characters players can talk to after each run and over time, players get to know them better and even attempt to help them through special quests. Each run pushes the story forward and allows the player to unlock new upgrades, have new features open up, or further progress Zagreus’ abilities. As I learned the game and the patterns of enemies, each death never bothered me because I was excited to see what changed at the House and to even potentially get stronger or pursue a certain narrative.

The other aspect this game has that really drives home the point that story is important is through the God Mode setting. This is a completely optional setting that can be toggled on or off at any time and gives Zagreus a resistance buff. Narratively, it makes sense since he is a god after all. But essentially, when activated, the player gets an immediate 20% damage resistance buff that goes up 2% after each death up to a maximum of 80%. Using it does not disable any achievements or make the game ridicule you for “taking the easy way out” or anything like that.

God Mode is for anyone to use and the best part of it is that it is there for people who may need a bit of help who are struggling. In fact, it’s an option that was added to ensure that any player can experience the full story and everything the game has to offer. I think it’s brilliant and it’s entirely optional for those who want it.

What sets this game apart however is the level of detail that Supergiant has added in. Defeat is inevitable in Hades, but instead of simply just starting over, the game progresses forward. New story beats occur, new characters may appear, and new gameplay features unlock. The game continues to surprise players death after death, which makes the sting of losing not feel quite as bad as it does in other rogue-likes. 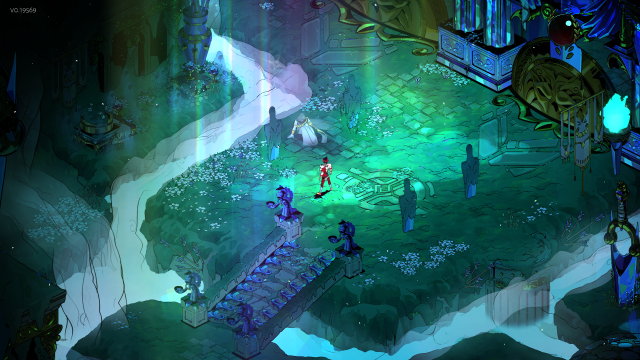 In addition, I’m constantly amazed at the dialogue which is fully dynamic and changes based on actions that you take. For example, in one run, a boss character could make a remark about a certain item you’re using or how you don’t have this or that. The next run, maybe you finally unlocked that thing or are now using the item the boss spoke about before. This time, they’ll remember that conversation and react accordingly based on your actions.

It’s extremely cool at how dynamic and reactive this game can be based on your choices. It’s constantly surprising me even after 25+ escape attempts.

Ultimately, Hades is a strong candidate for Game of the Year and one that I feel everyone should be checking out. Even for those of you who don’t enjoy Rogue-like style games, Hades manages to subvert expectations through its strong focus on story and the feeling of always progressing even after failed runs. Give the game a shot, you’ll be glad you did.

6 Responses to Hades Is A Hellishly Good Time