History Behind The Game: Ghost of Tsushima

It’s been a very long time, but after playing through (and absolutely loving) Ghost of Tsushima, I knew it was time to bring back this feature.

For those who don’t know, History Behind The Game is something I used to do on this here blog to dissect historical features, people, and things in video games. Naturally, Assassin’s Creed was featured quite often considering how much the games lean into actual history to influence the game world. Ryse: Son of Rome and The Last of Us also made guest appearances here as well.

Now we have Ghost of Tsushima, a fictional tale with many historical elements woven in about Samurai Jin Sakai as he pushes back against the Mongol Invasion of the northern Japanese island, Tsushima.

So, what’s real and what has been adapted to better fit the game? Let me be your guide as we fill in the gaps and take a look at some interesting details and facts regarding this time period.

Before we get rolling here, just keep in mind that there will be a few spoilers. An necessary evil in some cases to explain certain things. I’ve marked them though, so hopefully that will help you navigate.

The Mongol Invasion of Japan

Let’s get this out of the way first, the Mongols did in fact invade Japan, twice in fact. The game depicts the first invasion, when the Mongols started their invasion by island hoping through Tsushima, Iki, and then the mainland. Komoda Beach was the landing spot for the Mongols, a fact the game features.

However, there’s a number of differences that should be noted. First off, Khotun Khan wasn’t the mastermind behind the invasion. In fact, he didn’t exist at all. Considering Sucker Punch needed a villain that players would be able to eventually face off against, they clearly couldn’t use Kublai Khan, the ruler of the Mongol Empire who doesn’t actually die during this campaign.

At the time, the jito So Sukekuni led 80 samurai against the invaders, though they were wiped out in the battle. After only a couple days, Tsushima Island was conquered completely. No Jin Sakai. No Ghost. Only Defeat.

However, while the Mongols may have made it to the mainland of Japan, their invasion stalled due to low morale caused by the deaths of a few high ranking Mongol generals. As the story goes, while the Mongols retreated back to their ships to recover, a storm caused massive damage to the fleet, sinking 200 ships and killing nearly 14,000 troops. Needless to say, the Mongols were forced back home to try again seven years later. 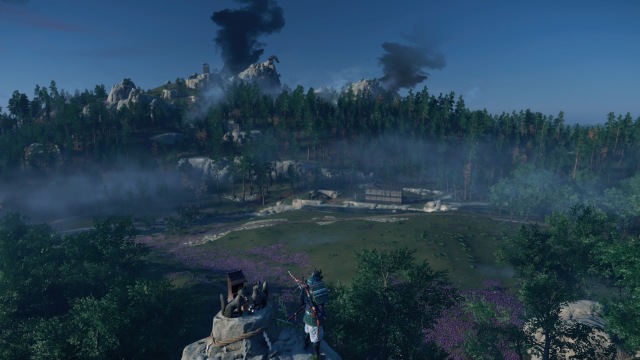 Initially striking me as a very cool fantasy style weapon, I can confirm that these siege weapons are very real and quite deadly.

However, Sucker Punch may have stretched the truth a little when adding them into the game. Historians put the Hwacha as being invented about 200 years or so after the events in the game. It’s origins can be traced back to 15th century Korea, though it’s depiction in the game is fairly accurate. Essentially, a cart that was capable of firing tons of bolts, arrows, or other projectiles at a target.

Ironically, they’re claim to fame came during the Imjin Wars, used against the Japanese samurai who were invading the Korean Pennisula. According to historians, over 3,000 Koreans were able to repel 30,000 Japanese troops thanks to 40 hwacha.

In my opinion, one of the more interesting side stories comes from Sensei Ishikawa and his fallen student, Tomoe. It starts out innocent enough, with Ishikawa asking Jin (the player) to assist him in rescuing his pupil who was captured by the Mongols. As the player learns, she actually sided with the Mongols and began what appears to be a reign of terror, teaching them new skills and techniques. However, the quest actually becomes more complicated, adding new twists and turns the deeper the player goes.

As players learn, Tomoe predicament is a lot more complicated then it originally looked. While her background as a bandit makes her an easy target to simply be a villain for villains sake, she becomes trapped and regrets her actions. In fact, she works secretly to undermine the Mongols and eventually teams up with Ishikawa and Jin to stop the Mongols from taking over a town. While the subterfuge works, it also allows her to escape to safety, away from the Mongols and Ishikawa alike.

What I didn’t realize is Tomoe isn’t some random fictional character. In actuality, Tomoe is a celebrated legendary female samurai from popular literature. Historians aren’t sure if she was a real historical figure, but she started appearing in 14th century literature serving Minamoto no Yoshinaka during the Genpei War. The conflict eventually led to the formation of the first shogunate in Japan. Her stories are still celebrated today in books, poems, film, pop culture, and more.

According to the legends, Tomoe was an incredibly strong archer as well as being a skilled swordswoman. As such, she was commonly the first person on the battlefield, performed more deeds of valor than other warriors, and was largely considered the first general of Japan. 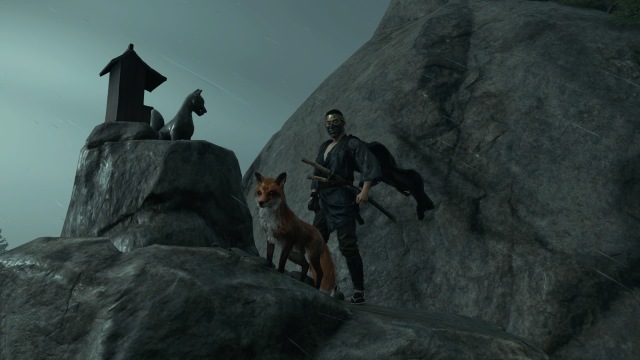 While Ghost of Tsushima goes to great lengths to avoid any sort of mythological elements, choosing to instead keep the game grounded, it does touch on a few fantastical elements.

As seen in the game, torii gates are commonly found at the entrance of a Shinto shrine, marking the start from the ordinary to the sacred. The Shinto shrines are basically houses one or more kami (spirits or holy powers related to the Shinto religion). Basically, what you’re seeing in Ghost of Tsushima is pretty accurate, though I’m sure they’re not quite as treacherous or perilous to get to as they are in the game.

Speaking of spirits, players should be well accustomed to seeing foxes in the game. As you may have expected, Inari is the kami of foxes, fertility, rice, tea, agriculture, success, prosperity, and sake. So the fact that players follow foxes around to various shrines, makes a lot of sense. In fact, Inari is a popular deity in Japan and has a number of shrines and temples located throughout. I’m going to say that foxes likely won’t lead you to an actual shrine out in the woods though.

The final topic I wanted to get to today are the ronin. In history, ronin are basically samurai without a lord to follow either due to death or losing favor from them. Without a master, ronin were typically left to their own devices to try and survive, typically living out in the wilds. Typically, ronin would continue to carry two swords and could offer themselves as a mercenary or bodyguard for traders or other wealthy individuals. However, they could also lean on a life of crime to support themselves as a bandit or other unsavory acts.

In Ghost of Tsushima, players meet Ryuzo and his Straw Hat ronin. The term straw hat refers to the type of gear they wore on their head instead of being created by an actual historical group. The hats and ronin are based in history, but the actually Straw Hat group is not.

That’s going to do it for now, but I hope you guys had some fun reading this. I do enjoy putting these things together so you may be seeing this again in the near future. We’ll see.

This entry was posted in Feature and tagged Feature, Ghost of Tsushima, History Behind The Game, PS4, Sony, Sucker Punch. Bookmark the permalink.