November 2020 Is Going To Be A Monster

Well, in the past few days, we’ve learned quite a bit as to how crazy November 2020 is going to be for video games. In all honesty, this sudden pileup of games reminds me how things used to be. Last generation, it felt like in October and November, companies were releasing AAA titles every week.

While that schedule has thankfully slowed down in recent years, things have begun to once again heat up very quickly likely due to the current global pandemic as well as the arrival of a new generation of consoles.

So, here’s the timeline we’re basically looking at. I hope your wallet is prepared:

Before we dive into the games for a moment, I think we’re all aware and expecting to hear both Sony and Microsoft announce November release dates for the PlayStation 5 and Xbox Series X. I say ‘expect’ because it seems like every major console typically (not always though *cough*Nintendo Switch*cough*) tends to launch in November.

With both companies jockeying for position, who knows though. Could one launch in October? Maybe.

In a shocking announcement, Bungie confirmed that the highly anticipated Beyond Light expansion isn’t going to make its September launch. I respect the transparency and definitely understand the reasons behind it, even if the delay is a tough one. The global pandemic, which has forced most everyone to work remotely, has put up a bunch of hurdles that is making it tougher than normal to create content.

This is a big expansion, one that Bungie calls the start of a new era for the Destiny franchise. I can understand the want and need to get it right on day 1. However, the new launch date is November 10. Basically a week before the next major games in this list.

Releasing it in September would have been much, much safer. But alas, here we are. 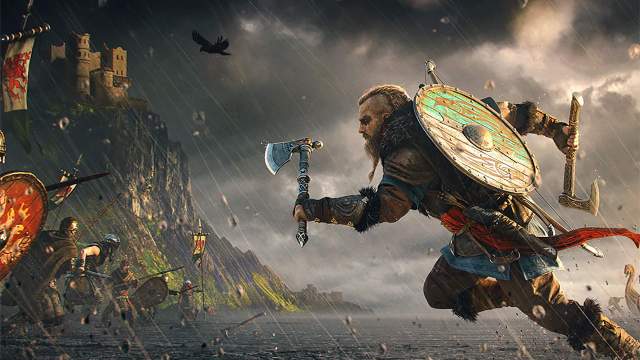 I was really expecting an October release, but when Ubisoft announced that Watch Dogs Legion would be taking that slot, I knew it would be November for the next Assassin’s Creed. November 17 to be exact.

What I didn’t expect to see was basically a head to head confrontation with the next game in this list. With only two days separating both games and the level of hype that Cyberpunk 2077 has surrounding it, I’m a little worried about Valhalla. I understand this is a marquee franchise with a dedicated fan base, but it’s also going directly up against a giant monster that may sway the undecided away from it.

Besides, both games promise lengthy gameplay. If you’re someone getting both, I applaud you. I can’t imagine trying to balance both games at the same time. Add Destiny onto that pile as well and balancing three games at a time is basically impossible.

And the elephant in the room. CD Projekt RED has a certain mystique about it, especially after the massive success with The Witcher 3. Cyberpunk 2077 is likely on a completely other level at this point, having been in development for what seems like a decade.

And now the game is finally on a collision course with November 19. To me, Cyberpunk 2077 reminds me of a Rockstar game, where things typically clear out to get away from it. It’s a black hole that envelops everything around it. In this case, money, player time, and attention. Will that impact Assassin’s Creed Valhalla?

Some people are saying Cyberpunk is probably going to get delayed again. I don’t know, why it has been delayed a lot, I’m not willing to bank on CD Projekt RED doing that again.

Oh, did I mention that there’s still a ton of games that don’t have a release date? If the Xbox Series X launches in November, does that mean Halo: Infinite arrives as well?

Let’s see, Godfall, Spider-Man: Miles Morales, and Outriders come to mind as well as late 2020 launches. I’m starting to feel like people won’t have enough money for everything with all these games competing for not only attention but the almighty dollar this holiday season. Perhaps that’s a good thing for gamers as maybe a title or two goes on sale earlier than expected.

What I’ve listed is a lot…already. However, there’s still a major wildcard that could continue to throw a monkey wrench into this whole thing: Nintendo.

Without E3 this year, Nintendo has been downright silent on its plans for 2020. Sure, we learned about the new Paper Mario and Min Min coming to Smash, but we’ve yet to get a new Direct from them and we don’t even have a potential date. I’ve heard everything from the end of this month to September, to the dreaded “Nothing is Planned.”

Obviously, it’s unrealistic to expect Nintendo to do nothing for the rest of the year. The company has to have something planned for release this year. We also know Nintendo isn’t afraid of Microsoft or Sony and therefore it likely isn’t going to shy away from November, a month it typically releases major first party games. Will we get Metroid? Will we get that heavily rumored Mario Anniversary Collection? Time will hopefully tell.

Regardless, November is going to be a great time for gamers and an absolute nightmare for people with limited money and/or time. Good luck, have fun!