Totally Not E3 2020 Predictions: Sony and the PlayStation 5

After a number of false starts and delays, we’re finally getting that big PlayStation 5 reveal tomorrow. Here’s hoping we finally see the console itself to go along with the controller and tech specs we learned about earlier.

One thing that we know will be showcased are new games. While Microsoft attempted to do something earlier with third party games, it wasn’t smooth sailing as many of the trailers were rendered in-engine and not straight gameplay. Still, it was nice to see new content. I’m hoping Sony can really showcase the power of their new system, especially with first party games this time around.

So like I did with Nintendo, I’m presenting you with my totally not E3 2020 predictions for what I’m expecting to see from the PlayStation 5 reveal event. Enjoy!

I fully expect Horizon: Zero Down 2 to be revealed during this event. With the huge success of the first game, I can’t wait to see what Guerrilla does with a sequel. I absolutely loved my time with the first game. Typically, open world games get a bit stale for me after a certain amount of time, but for whatever reason, I never felt that burnout with Horizon. It kept me engaged for the entire length of the title and I even couldn’t wait to jump back in when the expansion launched. It’s a recipe I hope the sequel can nail once more.

Honestly, seeing a Killzone tease wouldn’t surprise me either considering this was Guerrilla’s bread and butter PlayStation franchise. We really haven’t seen or heard from it since the PS4 launch title Killzone: Shadow Fall. Naturally, a new entry is long overdue and Guerrilla Games has multiple studios under its banner. So who knows, maybe both games get announced even if they don’t release anywhere near each other.

Yup, I’m also expecting Sony to announce a number of PS4 exclusives are making the jump to the PS5. We’re talking Spider-Man (considering Mark Cerny basically used the game as an example of how much more powerful the PS5 would make it last year), God of War, and more.

However, while I do expect The Last of Us Part 2 and Ghost of Tsushima to be making the PS5 jump as well, don’t expect to hear about them at all. I’d be shocked if Sony would risk undercutting PS4 sales at this point.

Speaking of Spider-Man, I wouldn’t be surprised to see Insomniac also featured at the event in some capacity. I think it’s fairly obvious that they’re working on a sequel to that wonderful Marvel’s Spider-Man, but since that was only two years ago, it may not be quite ready. I’d say it’s possible they tease it out or perhaps even show us the game running on the PS5.

Outside of that, Insomniac has a ton of IPs it can tap into such as Ratchet & Clank. I know there’s a ton of fans out there that would love to see this duo come back. Resistance isn’t quite as popular as the previous two but would anyone be upset if we got a new game in this series? Absolutely not.

Regardless, Insomniac has something cooking up. 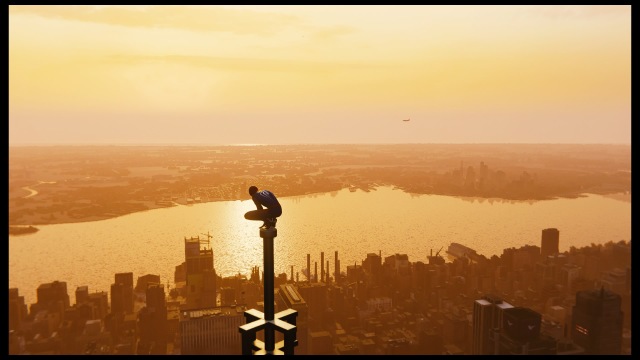 I know these games take an eternity to be developed but I’d be fairly surprised if a new Gran Turismo game wasn’t announced for the PS5. Of course, it’ll have gorgeous looking visuals like the franchise is known for. Who knows how far along it is in development though.

I’ve been holding on to hope for a PlayStation All-Stars 2 reveal for the past couple of E3s. Rumors have hinted that something could be in the works, but as to this point, nothing. Sony has a ton of great IPs and with a few tweaks, I think a PlayStation specific Smash Bros style game could really work. As I said last year, it’s been about 8 years, let’s reboot this thing on the PS5…just maybe with a less generic name.

Obviously, it’s not going to be all first party content. If I had to guess, I’d expect to see the next Call of Duty (rumored to be a Black Ops reboot) considering how chummy Sony and Activision are. With all the recent leaks and rumors, the time seems right for a reveal.

I’ve heard rumors that Capcom may also be there perhaps with a Resident Evil 8. I’ve also heard rumors about a Silent Hill reboot. Will Kojima be there? Are the recent Rockstar and 2K announcements true as well? Is there a new Final Fantasy about to be announced that isn’t related to FF VII?

I’m sure we’ll also hear about some services and console features as well. PlayStation Now making the jump, perhaps some share/capture tools, and what about a new Playroom style app? We shall see.

That’s going to do it for me for this prediction post. Anything I miss? Anything you’d love to see? Let me know in the comments below.

4 Responses to Totally Not E3 2020 Predictions: Sony and the PlayStation 5