Overwatch 2 Has Done Something I’ve Been Waiting Years For

So as most of you know, BlizzCon 2019 was this past weekend and while the specter of Blizzard’s tough year loomed over the event, the studio delivered some really awesome announcements. That Diablo 4 cinematic was something else, wasn’t it?

One of the industry’s worst kept secrets, Overwatch 2 was also revealed in full, finally bringing a dedicated PvE side as well. 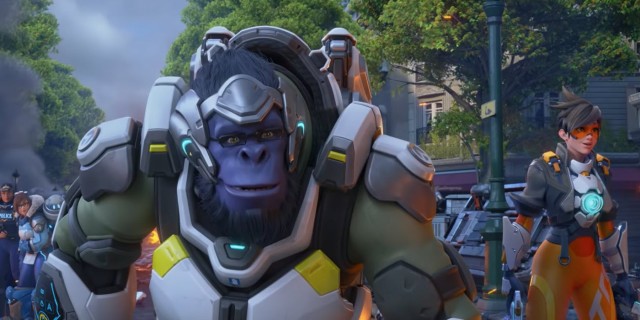 While I’ve enjoyed the game for what it is, I’ve always felt a major disconnect between all of the story elements and the actual gameplay. I mean, Blizzard has worked hard to create a backstory for its many characters and showcased them brilliantly in stunning cinematics. The world is rich in lore with the downfall of a once beloved organization called Overwatch who set out to protect people. You have different factions like Talon and Null Sector, robots called Omnics who are not trusted by parts of the population, and a talking gorilla who is atempting to rally and reform the now dispersed Overwatch team.

Lots of stuff to unpack there, yes. However, for those people who want to explore this side of the game, well, it’s very hard to because after you get past all of those flashy trailers, Overwatch is essentially a competitive shooter. Players are free to pick from any character they want regardless of the faction they represent. It doesn’t matter if two characters like Soldier: 76 and Reaper don’t like each other or if two characters on opposite teams are technically part of the same faction.

Sure, voice lines give snippets of lore in game, but for the most part, the lore part of the game is thrown out in favor of pure shooter gameplay. While some may be fine with this, I’ve always felt like it was a missed opportunity, similar to what Bungie had been doing with Destiny.

With Overwatch 2, it looks like the team has placed a bigger focus on the lore and story elements of the series through its PvE missions. Instead of shooting for the sake of shooting, players are guided through various missions against actual enemy targets and a story driving the gameplay. We’ll be getting character backstories and more.

Long overdue if you ask me. Overwatch 2 is likely a ways off, so we’ll have plenty of time to examine this in the meantime. Hopefully this side of the game is given as much love and care as the PvP side has gotten over the years to help it stand out.

This entry was posted in News, Opinion and tagged Blizzard, games, news, Opinion. Bookmark the permalink.