Destiny 2: Thoughts on Solstice of Heroes and the Future

So as you all may have known, Destiny 2 has completely sucked me back in and legitimately won’t let me go. While I’ve caught up on all of the Annual Pass content, the annual Solstice of Heroes event arrived just in time to keep me busy with things to do over the past month or so. With Solstice of Heroes now officially over, I have some thoughts on how it went.

So this year was a little different than what we experienced last year. While the outcome was basically the same (bad ass looking armor), getting there featured going into a new area called the European Aerial Zone to fact off against enemies for five minutes, taking out a boss character, and then going on a treasure hunt. 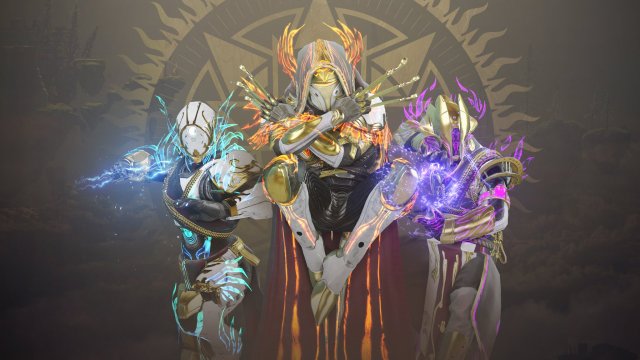 More after the jump…

I enjoyed this change of pace, even if I had to run it countless times to meet the various challenges in order to upgrade the armor. Last year involved running slightly remixed story missions from the vanilla campaign and didn’t have matchmaking which made them difficult in under powered armor for lone wolves. The EAZ not only had matchmaking to reduce the grind, but each day would highlight one of the three elements giving you added powers for collecting thirty orbs.

To be fair, I much prefer this over what we had last time. The new map was fun, even if it was challenging to hit certain platforms as a Warlock. The map was very vertical, and had a ton of explorable space even though it wasn’t overly large. The missions didn’t take too long to complete which I appreciated, making them fast to get in and out of.

As expected, the ultimate goal was to restore Solstice armor, taking it from the base version through the rare variant and then the majestic level. While this step had to be done during the event, Masterworking it can still be done at any time, which is nice. Upgrading each piece had three requirements, many of which forced players to perform an action numerous times like playing x amount of a certain game mode, collecting orbs, finding treasure in the EAZ, etc.

A lot of these things come naturally just by playing, but there are a few which grinded me down. The EAZ miniboss requirement was overly steep, requiring players kill 100 of them. The tough part is that you only get credit if you damage a mini boss and typically one EAZ run will get you anywhere from 4-6. As you can see, this required a lot of dedication. Not only that, players would leave matches early once the miniboss phase was over, making the boss phase that much more lengthy and difficult.

Thankfully, Bungie fixed it by cutting the number in half and give 5 bonus points of credit for killing the boss. This change was a huge plus on my second run through with my warlock. I’ll fully admit though, after getting two of my characters their Solstice Armor, I was burnt out. It was fun, but grinding a third character for a reward (Voidstreak) that I had heard wasn’t worth it just wasn’t appealing to me. 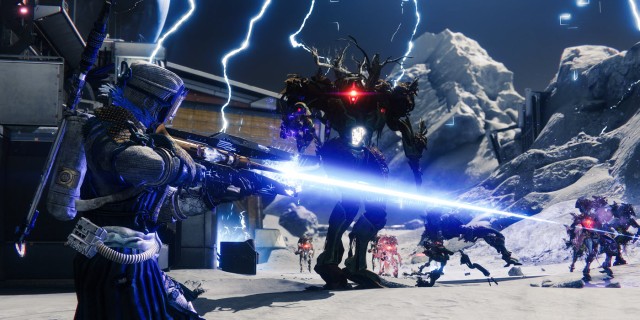 With the Solstice of Heroes at an end, now begins the wait for Shadowkeep, an expansion I’m quite looking forward to. In the meantime, it’ll be nice to take a break from Destiny 2 to catch up on other games, but I’ll be ready to jump back in on day 1.

Part of the appeal is how open Bungie has been about where they’re going. Spearheaded by Luke Smith in his three part Director’s Cut blogs, Bungie is making a lot of quality of life changes that are slowly pushing this game towards the Action MMO genre that most of us had been hoping for since the franchise was announced. I encourage all of you to go read through them. They’re a bit lengthy but incredibly detailed and provide all sorts behind the scenes insight which is fantastic. Overall, I’m excited by these changes and I’m looking forward to seeing how Bungie continues to evolve their vision without someone looking over their shoulder.

Cross-save is a welcomed addition, even if the expansion licenses don’t transfer from platform to platform. So if you have Shadowkeep on your Xbox or PS4, you’ll still need to buy the expansion on PC to get access even though your characters and stuff will be there waiting for you. A bit of a bummer, but considering a sizable chunk of the game is now free-to-play, it’s not horrible.

I’m also intrigued by narrative story lines that take place season to season. I’ve always been harping on the lore side of the game, saying that Destiny never took it seriously enough. Forsaken began the turnaround and it looks like lore and story telling is again going to be a big focus going forward, which I applaud. I’m just curious how Bungie plans to handle things for players who may join late and miss a chunk of the season or season entirely.

Regardless of what you feel about Activision or if they held Bungie back, the newly independent studio seems to be heading in a great direction. I’m hoping for the best as Destiny is a franchise with tons of potential. Here’s hoping that Shadowkeep and whatever’s next continues to drive the franchise forward into bigger and better things.

This entry was posted in Feature, Opinion and tagged games, Opinion, PC, PlayStation 4, PS4, Xbox One. Bookmark the permalink.