We’re full steam ahead on the E3 panel recaps. I covered Nintendo earlier in the week, but today it’s time to discuss the last remaining “Big 3” member: Microsoft.

I feel like Microsoft had the brightest spotlight of all the companies with press conferences this year, due to the fact that it’s chief rival, Sony, opted to skip the show completely. All eyes were on the Xbox brand to see what kind of chaos they could create without having to worry about what Sony was planning.

Not only that, it could also be argued that Microsoft only added to the pressure by announcing plans to go big at this year’s show. Naturally, when you say something like that, fan expectations shoot through the roof, for better or worse.

So, was Microsoft able to hold the show up by itself or did it fail to make good on the pre-show promises? Let’s discuss.

Okay, so I’m not going to dive into a ton of detail while doing this recap as that would make this post needless long considering that Microsoft was like an hour and 40 minutes compared to a brief 42 minutes from Nintendo. So let’s rapid fire through most of this, shall we?

As Microsoft has shown the past few years, their show was all about the games, barely stopping to talk over things. The show opened with a couple of games from Microsoft’s newest first party studios including Obsidian’s Outer Worlds and the newly revealed Ninja Theory game Bleeding Edge. It’s kind of like a punk rock Overwatch style game. Looks interesting. 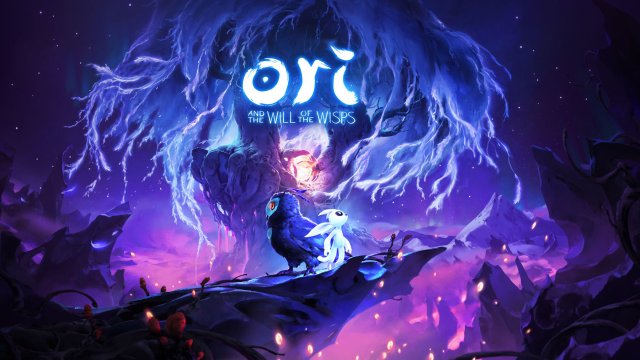 Ori and the Will of the Wisps continues to look absolutely stunning on all accounts and another trailer for that new Minecraft Dungeon Crawler game followed right after.

Phil Spencer came at at that point for a mini breather to discuss what Microsoft had planned and he was followed by a really cool trailer for Star Wars Jedi: Fallen Order which showed off a few new things from the demo the previous day. A new Blair Witch game followed suit, though I was convinced it was a new Silent Hill or something.

Okay, following that we got one of the big boy games people were waiting to see: Cyberpunk 2077. Unfortunately, we got another CG only trailer, though reports indicate that the behind closed doors gameplay demo will be made available later this year. Still, what they did show was phenomenal and it led to one of the biggest reveals at E3 2019: Keanu Reeves is a major character. The man himself took to the stage which send the crowd into hysterics. He also gave everyone what they wanted, a release date. Cyberpunk is finally coming on April 16, 2020.

I felt bad for what followed next, which had zero chance of sustaining that energy. What we got was a gorgeously animated indie title called Spiritfarer, a gameplay trailer for Battletoads, a stylish looking title called RPG Time! The Legend of Wright, and then an ID@Xbox sizzle reel trailer.

Things slowed down a bit at this point as Sarah Bond took to the stage to announce new games coming to Xbox Game Pass, as well as a PC version of XBox Game Pass, and then a super bundle called Xbox Game Pass Ultimate which also includes Xbox Live Gold. Better yet, you could score Ultimate for $1, which would then stack time on your existing gold account.

From there, fans got trailers for a new Flight Simulator, Age of Empires 2 Definitive Edition, and Wasteland 3.

As predicted, it was revealed that Tim Schafer and his Double Fine Productions studio would be joining Microsoft Game Studios. He also showed off a brand new trailer for Psychonauts 2.

A new Lego Star Wars game with all 9 movies was then revealed followed by a new Dragon Ball title and an interesting looking indie thriller called 12 Minutes. Way to the Woods came next, which I’m unfairly calling stylized deer simulator.

Gears 5 FINALLY appeared and I was shocked to find out that Rod Fergusson wasn’t there to talk about the campaign in any way shape or form. We got an okay trailer showing off the many emotions and internal struggles inside of Kait Diaz. We got a Sept 10 release date, the confirmation of a beta, and then a reveal of a new game mode called Escape where a group of players infiltrate a Swarm hive, plant a bomb, and then try to escape. Interestingly enough, players will be able to create their own hives and challenge others. Oh, and the Terminator is also coming to Gears 5, making this the third appearance for the legendary action franchise (Ghost Recon and MK11).

Okay, next up Microsoft moved back to hardware and revealed the Elite Controller 2.0, something which is way out of my price range.

Dying Light 2 and a very cool looking LEGO DLC trailer for Forza Horizon 4 were shown off next. Gears POP!, State of Decay 2, and a surprise announcement of Phantasy Star Online 2 followed.

A new game called Crossfire appeared next, featuring a CG trailer with all sorts of military tropes, bearded soldiers, and macho man style explosions. I’ll be honest, the trailer did nothing for me and I have no clue what sort of game it actually is.

The show began winding down at this point, but before we get to the big stuff, Microsoft had even more trailers to blast through including one for Tales of Arise and then Borderlands 3. The leaked Elden Ring followed next, confirming the collaboration between George R.R. Martin and FROM Software, even if no gameplay was shown.

Okay, for the home stretch, Phil Spencer returned to the stage to talk about Project xCloud which launches this October. While there’s still a ton of missing information, it’s basically a new streaming option for users. It’s free to use which is cool and should push other options like Google Stadia.

Spencer also revealed the worst kept secret, Project Scarlet. However, the console seemed to be more of an idea than an actual thing as no hardware was shown and no specs were given. We got a trailer of people talking about it, which didn’t do much for me. However, I give Phil a massive amount of credit for coming right out and saying that a console is designed, built, and optimized for one thing only: gaming. Considering how muddled and confusing the initial message was when the Xbox One was announced by Don Mattrick, this was refreshing.

And the final piece of the show was given to Halo: Infinite. An obvious choice and a good one, but all we got was a CG trailer showing how Master Chief was saved by a random UNSC Pilot. It was cool sure, but the game is still a long way away. It was revealed that Infinite is actually a launch title for Project Scarlet and set for release a year and a half later: Holiday 2020.

I feel like I nailed a lot of my predictions, but there were more than a few which I felt would get a bigger spotlight. I really thought Microsoft would focus more on the “next gen” hardware side of things but it’s likely that I’m a year too early. I also expected to see something new from Rare, but it’s entirely possible that their game as well as a potential new Killer Instinct are revealed closer to Project Scarlet launch.

The biggest disappointment for me is that Fable wasn’t announced in any form. This is a game which had been gaining steam and momentum months before the show thanks to a bunch of rumors and leaks. It’s also supposedly in development at Playground games, the studio typically responsible for the Forza Horizon games. Since we didn’t see it at all, my guess it that it’ll be heavily featured next year when we dig a little deeper into the next gen. More on that in a bit.

I mean, I expected more from Gears 5, especially since it’s due out in a couple of months. I was surprised that it didn’t have much to show in any capacity outside of two CG trailers. This was one of the games I expected them to go all in on.

I honestly believe that Microsoft kind of set itself up for disappointment with all of it’s pre-E3 bluster about going big with Sony dropping out. I’ve mentioned this before in previous articles, but it was almost an impossible task and standard to live up to due in large part to where we are in the console cycle. Games just aren’t ready to be shown yet, we’re still too far out to reveal any concrete details on next gen systems, and there’s not enough current generation games to really show off.

It’s no ones fault really. Microsoft did have a good show, but for me, it wasn’t as strong as last year. 90% of the show was CG, which was ultimately the case for nearly every press conference not named Nintendo. I also feel like there was too much. Perhaps by removing some of the trailers, they could have freed up more chunks of time to bigger games and maybe even a short gameplay demo of Gears 5. Everything felt a little rushed, like they were trying to cram in a ton of stuff in only a set amount of time. Sometimes, less is more.

Again, it was a solid showing with some really great moments, but it’s just that time in the cycle. That said, E3 2020 should be the show to watch as at that point the next generation will only be a few months away. We should not only be getting all the hardware details but launch titles and future games as well.

This entry was posted in E3, Feature and tagged E3 2019, Feature, games, news, Opinion, Xbox, Xbox One. Bookmark the permalink.