Welcome to my E3 2019 predictions! We’re moving on to Microsoft today, but if you want my thoughts on Nintendo, check it here.

E3 2019 promises to be a very interesting year for Microsoft. They’re in position to do bigger things than normal considering its chief rival, Sony, has opted out of the event completely. The lights will shine brighter on Microsoft because of it.

So for me, I’m expecting Microsoft to go bigger than normal this year in an attempt to take advantage of all of the additional eyes on them. Last year’s show will pave the way for Microsoft who will likely attempt to surprise fans with new reveals, exciting announcements, and maybe a look at the future.

Will we see new hardware? I think so. I also believe Microsoft has a stable of surprises in store from third party partners and first party reveals. Here’s the direction I think Microsoft is going at E3 2019.

So before we really dive into this, lets cross of some obvious names from the list:

Gears of War 5, Halo Infinite, Ori and the Will of the Wisps
Is there really any surprise that these games will be heavily featured? I’d expect full on gameplay demos and probably a release date or window. The biggest question I have with these two is whether or not they’re going to be cross-generation games, the last Xbox One exclusives, or perhaps a launch title for Xbox Next.

Want to Hear a Story?
That’s right folks, Fable is coming back! Well, I’m guessing anyway. We’ve heard the rumors and I feel like in this case, where there’s smoke, there’s fire. Fable could be a launch title for Xbox Next, but I’m thinking we get at least a trailer, perhaps some brief gameplay as well.

Would it surprise anyone to learn that the work Playground Games has made on Fable led to Microsoft ultimately purchasing the studio? I feel like that was a big draw for them.

The Future is Here
With Sony missing in action this year, I feel like Microsoft is going to drops some bombs on fans this year. The biggest one they could drop is by announcing and revealing their next generation hardware. That would be a showstopper.

Will it happen? Honestly, I think there’s a good chance at new hardware being shown, especially if 2020 is the intended launch date. I don’t think it’ll be a deep dive or anything, I’m guessing we’ll see the system, maybe get a game reveal, a price point, and some general hardware/feature details.

Throwing Money Around
One of the more surprising things about their show last year was the announcement that they had not only purchased a bunch of studios like Ninja Theory and Playground Games, but that they also formed a new studio in Santa Monica with some really big developers.

Would it surprise anyone if they revealed even more studio purchases? I believe Microsoft is really dedicated to cultivating a big first party presence similar to what Sony is able to do with their stable of studios and IPs. Obviously, first party releases are something that Microsoft struggled with this generation, either by not having anything or some of their releases under performing (Crackdown 3 and Sea of Thieves come to mind). These studio purchases certainly could remedy that going forward.

Third Party Power
In addition to more studio purchases, the other surprising piece was how many third party games they were able to show off. Honestly, I believe this will be a trend going forward. Could Capcom announce something new again this year? Will Platinum Games and Microsoft team up again on a new game after the disappointing end to Scalebound? Will other Japanese developers show off content this year?

With Sony out of the picture, it stands to reason that CD Projekt RED will once again team up with Microsoft to show off more of Cyberpunk 2077. Perhaps we’ll finally get that launch date as well.

Project xCloud
The other big pillar of this year’s presentation will be the reveal of Microsoft’s big game-streaming service and from what I heard, Netflix for Games style project that they’ve been working on for years now. I feel this is a next-gen service, but finally revealing it could provide a boost to hype for the NextBox.

There’s been a lot of talk lately about Sony (and potentially Nintendo) joining forces with Microsoft to use their Azure technology, so E3 2019 could be the perfect opportunity to finally show off what all of this is going to look like. How will this work for console and non-console owners alike? There’s a lot of questions surrounding this project and E3 2019 is likely the place to finally reveal some answers.

Smaller Predictions
I do expect to see some new content from those recently purchased studios this time around as well. I believe it’s long past due for a Ninja Theory tease and perhaps something else from the newly acquired studios.

It wouldn’t surprise me to see the next Forza game announced as well. It’s an annual brand, so I guess it’s time for a new one, right?

Since Obsidian is a first party studio (even though this is a multi-platform game), expect The Outer Worlds to get plenty of screen time as well. I honestly can’t wait to see more of this game.

I feel like we’ve also entered the “now or never” phase of Battletoads. I’m pretty sure something was announced a while back, but it’s been a game that has gone dark. What’s up with it? 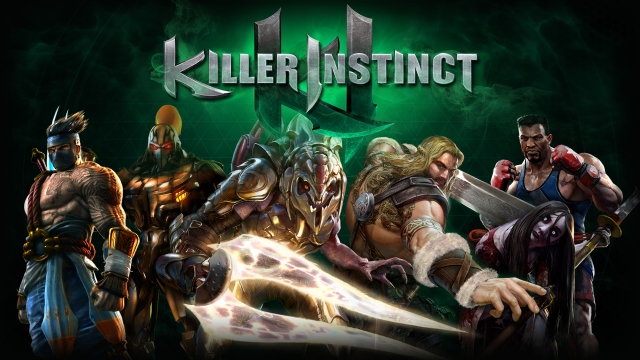 My Wishlist
I’ve always had a soft spot for the Killer Instinct franchise and I’d really love to see the fighting series return on the next generation console. The free to download/seasonal content format seemed to work for the game and I think it even turned a profit for Microsoft in the end. This time, make sure the base experience launches with enough content and continue to add new stuff through seasonal updates. At the end, the game was a completely different and better product than when it started.

Something new from Rare. Now that Sea of Thieves is in a much more manageable state, I can’t help but wonder what’s next for Rare. Would they be willing to revisit Perfect Dark? Will we ever see a new Banjo-Kazooie game? How many bad fur days can Conker have?

I don’t expect it, but I’d love to see a Splinter Cell reveal, similar to how Ubisoft and Microsoft teamed up to reveal Blacklist all those years ago. More on this subject in the Third Party predictions post.

Those are my picks, but what are yours? Let me know what you’re hoping to see from Microsoft in the comments below.

This entry was posted in Feature, Opinion and tagged E3 2019, Feature, games, Opinion, Xbox, Xbox One. Bookmark the permalink.