The Surprising Launch of Apex Legends and Disappearance of Titanfall 3

It looks like the pundits, analysts, and panelists coming into 2019 were indeed correct in believing that Respawn Entertainment had two games releasing this year. Well, we’re still pretty sure that Star Wars: Jedi Fallen Order is launching late this year.

The other game? It’s not Titanfall 3 as everyone thought.

I first heard rumblings about a new game from Respawn late last week, and as most of us know, the rumors turned into leaks, which then turned into actual news as the weekend went on. Crazier yet, this new game was set to launch only a couple days from when these leaks first started. Remembering how poorly the launch went for Titanfall 2, I was shocked that EA and Respawn were willing to launch a game with almost zero promotion or marketing prior to release. 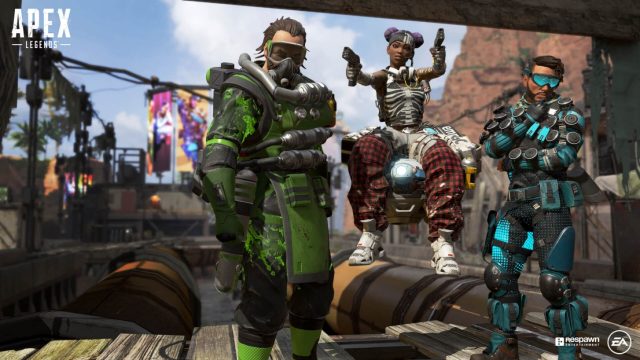 And yet, here we are. Welcome to Apex Legends.

Set within the Titanfall universe, Apex Legends picks up a few years after the events of the previous game in the franchise. This time around, however, players don’t have access to Titans and aren’t even pilot class soldiers. This game is Respawn’s take on the Battle Royale genre, a fact which at first was a bit disappointing to me.

Sure, I’ve played my fair share of Fortnite over the past year, but it’s a style of game that I’ve never really excelled at or really found all that appealing. I understand that it’s massively popular, though the market sure is becoming crowded as studios race to grab a piece of the pie. As I learned more about Apex Legends, the more intrigued and curious I became. I guess it has a bit of an advantage considering that it’s completely free to play unlike PUBG or Call of Duty’s Blackout mode.

So what makes this game stand out?

Both Titanfall games had stellar combat, headlined by the movement mechanics. Apex Legends retains most of that familiar run and gun style, though double jumps and wall runs have been removed due to players not being in the shoes of a pilot this time around. Players can still utilize slide techniques, climb buildings, zoom on ziplines, and achieve that sense of verticality that many games don’t have.

In addition, the game features 8 different characters, each with a unique look, personality, and set of abilities. So in addition to scavenging for new gear and weapons, players also have passive, actives, and ultimate abilities to assist in staying alive or hunting enemies. There seems to be at least 1 character that meshes with everyone.

Unlike other Battle Royales, only 60 people are in a match, and the map itself is smaller than Fortnite. I’m personally fine with this because matches tend to move faster, and what the space lacks in total real estate, it adds in buildings and verticality. As of right now, squads of three drop-in, though only one player is deemed the Jumpmaster, selecting a location for the squad to drop into. Players can opt to break away, but I like this system because it reinforces the idea of working with a team.

I get the sense that Respawn really did their homework with this genre, iterating and updating their game to remove a lot of the things people don’t like about BR games or making it work better. Thanks to the ping system, where you can press a button to call out something to your team, as well as a respawn system where players can be brought back to the battle, just without their stuff. Not only that, reviving is a risk/reward system because the nodes you need to reach are not super safe to get to.

If you’re looking for a Titanfall experience, this really isn’t it. Apex Legends doesn’t feature any Titans, and that’s intended. However, Respawn did comment on that series and frankly, it isn’t good news. The team had been iterating on Titanfall 3, but ultimately the game was reinvented and evolved into what we have now. The big reason from what I’m hearing is due to the Source Engine and it not really being capable of going to the places the team wanted to go.

The team intends on supporting Apex Legends for as long as players as interested, so the big takeaway is that we shouldn’t be expected Titanfall 3 any time soon. I won’t lie, I’m a bit sad about that and I hope it’s a game that ultimately does come to fruition but I understand it could be on shaky ground due to the previous two games underperforming in EA’s eyes. Console exclusivity (Titanfall) and a terrible launch date (Titanfall 2) aside.

Frankly, I was surprised by this game. As I said, I’m not big on BR games, but this one, even in the limited time I had with it, felt fun and fresh. So if you’re looking for something new or maybe a game to pass the time with, give Apex Legends a shot. I’m a big fan of the content that Respawn puts out and Apex Legends, even though it launched this week, already feels polished and fun. Give it a chance. It may not be Titanfall, but it is free to download and play.