I know I’ve mentioned it in the past but Destiny 2 is in a really good spot at the moment. After a very up and down first year, Bungie continued to plug away on the title and with the most recent Sandbox update combined with the wonderful Forsaken expansion, it’s never been a better time to dive in.

For all of the good though, Destiny 2 still has a few issues, one of them being with the instancing system. Just like its predecessor, Destiny 2 features a few cooperative missions like the Blind Well and Escalation Protocol. In them, players work together to overcome challenges, typically waves of enemies. Unlike Crucible, Gambit, and Strike activities, these are more organic and can be found by visiting certain world destinations like Mars of The Dreaming City. 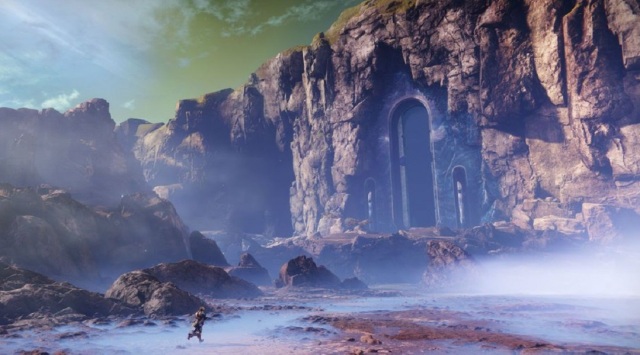 There are rumors that a brand new activity, something called Forges of Chain is coming in an upcoming DLC expansion like the Black Armory. I’m all for more of these cooperative activities because when they work as intended, they’re great fun. The Blind Well is one such example.

Obviously, I have a few concerns as well.

The major problem that most players experience is essentially the lack of matchmaking, relying on the game to funnel enough players into the zone. These activities cannot be soloed and require a good amount of people working together to be successful. From my experiences, that’s the main problem: finding players organically.

Now, I’m not a programmer so I don’t know the technical ins and outs of how instancing works or how it can be programmed. However, when I load into a zone with a shared activity, I want to be placed with other people. Escalation Protocol on Mars is wildly frustrating when you don’t have an active clan or other people to play with to rely on. I feel like I shouldn’t have to go to external places to find other people, the game should be attempting to place me with other like-minded people.

Same goes for the Blind Well, which is basically in a spot all to itself, unlike Escalation Protocol which is featured across the two biggest zones on Mars. To get to the Blind Well, you basically have to run into a completely separate zone, so when I jump into the instance, it’s beyond frustrating to not see any other players in there. Sure, you may get lucky sometimes and find an event already started, but it’s not consistent.

Considering the unique loot these events give and the bounties and triumphs now tied to them, you’d think Bungie would be making stronger attempts to put people together.

Again, I’m not a programmer so perhaps what I’m bringing up is a bigger workload than it appears to be. If matchmaking isn’t possible, then I’d love to see a stronger commitment to instancing and putting people together for these cooperative events. I don’t know if this is something we can expect, but hopefully, it’s something on Bungie’s radar. As I said, when these events work as expected, they’re wonderful but as of right now, they’re very inconsistent.

2 Responses to Let’s Talk About Instancing and Destiny 2: Forsaken