Nintendo is making Switch gamers extremely happy with everything they’ve discussed with Super Smash Bros Ultimate to this point. Even days later, I’m still in shock on how much content Nintendo is throwing into this title.

Is anyone else wondering where the series can go from here? Like, I don’t think a sequel is possible because what else could Nintendo do to top this one? I just don’t see it. But that’s for another time. Let’s focus back in on Ultimate here.

Based on everything we’ve seen so far, Nintendo seems intent on making fans happy. Many requested fighters have finally made it onto the roster like Ridley, King K. Rool, and Simon Belmont. What’s even crazier is that they managed to bring back every single fighter ever used in the franchise. 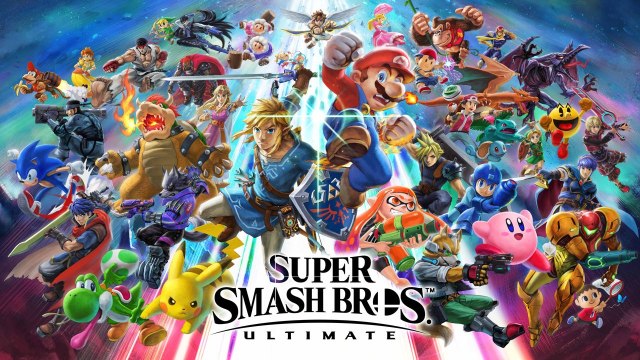 We do know that the character reveals aren’t over quite yet. With an already massive roster, who else could they possibly add? Well friends, here are some off the wall predictions as to who could take up those last few spots.

Don’t forget to stick around to check out some possible Echo Fighter predictions after my list and feel free to leave some of your best guesses as well.

Geno (Super Mario RPG) – Of the most requested characters for Smash, Geno is typically near the top. He’s also one of the only ones left who isn’t represented in Smash Ultimate yet. He’s in a weird spot since Super Mario RPG, the game he debuted in, was co-developed by Square and Nintendo. This means that Geno technically has two owners. Still, Mii outfits of Geno were added to the previous Smash Bros game, and Cloud, another Square owned character, is already on the roster. So it’s certainly not out of the realm of possibility.

But seriously, adding Ridley, K. Rool and then Geno to an already heavy fan-servicey game would likely cause hearts and minds of fans to literally explode.

Rayman (Rayman series) – Another heavy rumored and requested character comes from Ubisoft’s popular Rayman games. While those crazy Rabbids have been in the spotlight more often these days, Rayman makes a compelling addition as a guest character. His limbless, cartoon nature makes him a great fit for the game’s visual style as well.

Monster Hunter (Monster Hunter series) – Sure, this one is a little generic but if Marvel vs Capcom: Infinite can make it work, why can’t Smash? I got the idea after seeing that Rathalos, the iconic red dragon from the series, is going to be both an assist trophy and boss character.

Why not have a Monster Hunter character (Male/Female selection) wearing that iconic armor as well? The moveset would work considering the long list of weapons available in the main series of games and with a Switch-specific Monster Hunter game coming out, it could be some good cross-promotion.

Banjo & Kazooie (Banjo-Kazooie series) – While it would be cool to see these two return to a Nintendo console, albeit only temporary, I’m not sure this one is really in the cards. Sure, Microsoft’s own, Phil Spencer, has previously come out and said he’s cool with it, I just have a sneaking suspicion that this would require too much effort to actually make happen.

Certainly, I hope I’m wrong as I think the bear and the bird would make wonderful additions to the roster but I just can’t see this. 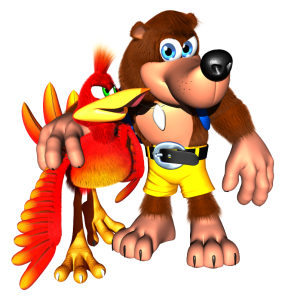 Waluigi (Various Mario Sports titles, Mario Kart Double Dash, 8) – I get the impression that if Waluigi is not made a playable fighter for this game then fans could riot. You can’t get too far in the comments of a Smash article without at least 5 people mentioning Bad Luigi. He’s a cult hero these days.

Fans are so desperate to see him involved that they’ve even begun believing that the Yellow and Purple chairs seen in the background of the most recent Nintendo Direct for Smash Ultimate is a confirmation that Waluigi will be added to the roster. With how hard Nintendo seems to be catering to fans with Ultimate, who knows. Perhaps that really is a good sign.

Tom Nook (Animal Crossing) – Look, I’ve seen plenty of other sites and people saying Isabelle is a good fit, especially if you need an Echo Fighter for the Village. Leaks have also indicated that she’s definitely going to be on the roster in some form.

Well, I say no. Bring me the Raccoon. How many times has this “business man” put us into crushing debt? It’s time for revenge people. Give. Me. The. Raccoon.

Dante or Nero (Devil May Cry) – Okay, hear me out. I know Dante is wildly popular, but with Devil May Cry 5 featuring Nero, I could also see Capcom wanting Nero to take center stage to help promote the game. 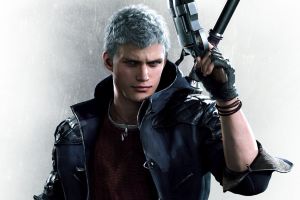 Sub-Zero (Mortal Kombat) – If we’re looking at characters that would be awesome on the roster but highly unlikely, let’s look at Mortal Kombat’s own Sub-Zero. Now obviously, you won’t be ripping out any spines or anything, but if you toned him down a bit, his existing moveset, which includes ice balls and horizontal slides, fits really well.

I’d love to see this happen but with Mortal Kombat’s bloody reputation, I can’t see Nintendo rushing over to inquire about adding him or anyone else from that fighting game.

Soldier Ramirez or Jonesy (Fortnite) – Since we’re already talking about fun things that won’t happen, let’s take a look at one of the biggest games on the planet right now: Fortnite. It was just announced for the Switch at E3 2018 and naturally, has taken off. Why not keep that train rolling by adding in some of the base characters into the game? Ramirez and/or Jonesy are (IMO) the most recognizable out of the class archetypes and could be a good starting point.

As a fun bonus, perhaps their color swaps could be different character skins found in Fortnite Battle Royale?

ECHO FIGHTERS – Easy Adds
Big Boss (Metal Gear series) – I mean, this one must be a done deal, right? This is an unbelievably easy echo fighter to add that I actually expect to see this happen. Big Boss is (kind of) the star of Metal Gear Solid V, so he’s even pretty relevant these days.

If you want some lore to back up this theory, Big Boss is the genetic father of Solid Snake, so having him as a playable echo for Snake just makes sense.

Jeanne (Bayonetta) – Another very easy one here as she’s a perfect echo for Bayonetta. In fact, I’d be pretty surprised if this wasn’t already implemented at release. It just makes too much sense. 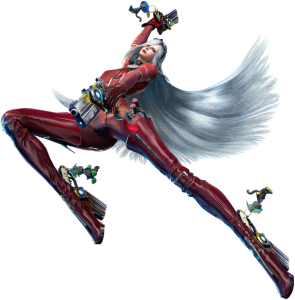 Birdo (Super Mario Bros 2 and various sports games) – I mean, Birdo has commonly been linked to Yoshi in the past and they both produce eggs…so this is an obvious fit to me.

Ken (Street Fighter series) – I mean, come on. You have Ryu, so you need Ken as well.

Impa (Legend of Zelda series) – While Impa is commonly linked to Princess Zelda considering she’s basically her guardian in most games, I’m picking her as an Echo for Shiek due to how badass of a fighter she is. I mean, it still fits thanks to Sheik being Zelda’s alternate identity.

Proto Man (Mega Man series) – As far as I can tell, Proto Man is only represented in Mega Man’s final smash attack, so why not give him the green light as an echo fighter as well? Outside of the Blue Bomber, Proto Man is likely the second most popular character with his dark helmet visor and yellow scarf.

I will admit, I almost wrote Dr. Wily in this space instead. No idea what his moveset would be but that would be a very interesting twist. 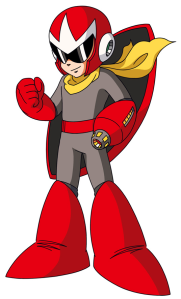 Black Shadow (F-Zero series) – Since Samurai Goroh is once again not making the cut, a potential Echo Fighter for Captain Falcon would be the evil racer, Black Shadow. I picked him out of a massive list of racers that include the likes of Pico, Dr. Stewart, and Jody Summer, because he just looks menacing and has horns like he’s some sort of super villain or something.

Vergil (Devil May Cry series) – Well, if Dante or Nero makes it in, Vergil makes a very good choice for an Echo. The only hangup I could see here is that Capcom wouldn’t want to start potentially undermining its own Marvel vs Capcom fighting games if Monster Hunter, Ryu, and Dante/Nero get in as well.