E3 2018 has been over for a few weeks now and while I’ve written about it a lot, the added time has allowed me to gain a bit more perspective on the show. As it always has, E3 tends to overwhelm the normal fan with information, making it quite easy to miss something.

There’s always a lot to love each year, it’s basically like Christmas for video game fans. While most of you reading my recap and reviews can probably guess some of my favorite moments, I’ve gone ahead and highlighted 10 things that I absolutely loved from E3 2018.

So in no specific order, here’s my list. Let me know what stood out for you this year below in the comments as well.

The Division 2 Reveal
Personally speaking, I loved my time with The Division. Yes, it wasn’t a perfect game, especially at launch. What really impressed me though was the dedication that developer Massive Entertainment showed towards making the experience better. Yes, it got some cool expansions and important updates, but the real meat came in year two when Massive continued to double down on The Division. Not only did they continue to release hotfixes and game-changing improvements (like time to kill), but they continued to add free content and modes including a massive new area in the game called West Side Piers.

The entire two-plus years has been a vital experience for Massive as The Division 2 looks to be the experience many were hoping for when The Division first launched. In this gorgeous-looking sequel, players are picking back up seven months later as the virus has nearly burnt itself out, though Washington, DC is now under threat of collapse. What the E3 demo showed me is a diverse environment, wide-open spaces that the box-like streets of The Division never offered, and even more ways to play how you want. What’s exciting for most folks, however, is the added emphasis on endgame content with free expansions and updates, new specialization classes once players reach the level cap, and even 8 player raids. 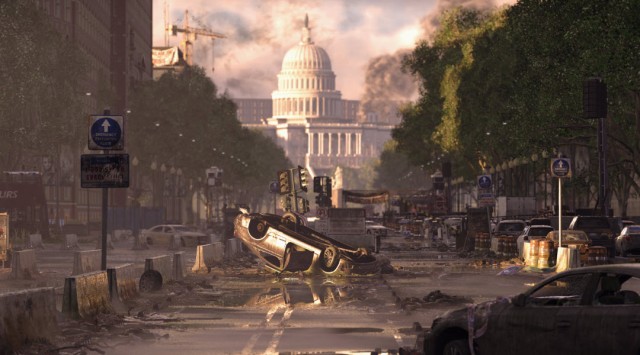 Gears 5 Changing Focus
Back in 2016, I wrote a piece discussing Gears of War 4 and its twist ending. I always liked that character of Kait Diaz, but that ending really pushed her into new territory.

So when Microsoft revealed that Gears 5 would focus on Kait’s story, I immediately became interested. The announcement trailer shows the trio (as well as Marcus) investigating a death that hits close to home for Kait. Tensions flare up between her and JD over the mission, with Marcus siding with her and telling her to go do what needs to be done. JD becomes suspicious and tells Del to watch her. Without spoiling too much, let’s just say she has a very interesting family and it seems like The Coalition is going to take us on a journey to explore that family tree a bit more.

Microsoft Plans for the Future
As I mentioned earlier this week, I thought Microsoft had a stellar E3. They revealed a ton of great games (even if many of them are multi-platform) and made a number of surprise announcements. One of the biggest was when they revealed they had purchased four game studios: Ninja Theory, PlayGround Games, Undead Labs, and Compulsion Games. They also formed a new studio in Santa Monica called The Initiative with former Crystal Dynamics head Darrell Gallagher.

One of the biggest knocks against Microsoft this generation was its lack of first party games, especially when compared to Sony who seems to keep releasing hit after hit like Horizon: Zero Dawn and the most recent release, God of War. This move goes a long way to shoring up that issue, even if fans won’t see the end results for a while. At the very least, this is a promise that the Xbox brand will get stronger with exclusive games going forward.

On a side note, this is great news for all the studios involved, especially Ninja Theory. I’ve always regarded them as an extremely talented studio, though it seems like most of the time, their games underperform. Hellblade: Senua’s Sacrifice did really well for them and got a lot of mainstream attention, but their back catalog also includes underrated gems like DmC: Devil May Cry, Enslaved: Odyssey to the West, and Heavenly Sword. Those last three are critically acclaimed games, that, unfortunately, didn’t sell as well as most expected. With Microsoft now in their corner, I can’t wait to see what they do next.

Beyond Good & Evil 2
I have almost no connection to this franchise as I never got around to playing the first game. I do know that it’s a fan favorite game and the passion for it remains unbelievably high, which has caused me to keep tabs on what’s going on with this latest game. E3 2018 was basically it’s coming out party as the long in development sequel simply knocked it out of the park at Ubisoft presser this year.

The segment led off with a massively impressive CG trailer with the revelation that former protagonist Jade is now seemingly the villain of this game. After that shocker, the team announced that it was partnering with hitRECord to work with the community on adding their art, music, and whatever else into the game. I think that’s just outstanding and a really cool way to get your passionate fanbase involved. The game also looks fantastic even in its pre-alpha state, and while I think we still have a long wait ahead of us, I can’t wait to see how this game continues to evolve over the next year.

It’s basically a living museum of the entire franchise as it features a roster made up of every single character that has ever appeared in the franchise, adding in a number of character and gameplay tweaks, adds a couple of new characters, and so much more. Seriously, it’s too long to list here. The presentation just seemed to go on forever. I’m thrilled that Ridley has finally joined the roster, though I am curious to know if Nintendo has any plans for additional characters either as part of the main roster or through DLC similar to what they did with the last game.

Microsoft’s One More Thing: Cyberpunk 2077
I’ll tell you, Cyberpunk 2077 was starting to feel like one of those mythical games that was never going to come out. CD Projekt RED initially announced this thing with a very cool and stylish teaser trailer all the way back in 2013 if you can believe that, with not much else being said since.

Microsoft released a massive surprise at the end of their show when they revealed a brand new trailer, to the delight of basically everyone. The game was also at the show, though the gameplay demo was only shown behind closed doors, unfortunately. From basically everything I read, the demo blew minds as everyone was extremely excited about the prospect of it. There’s been a lot of talk about whether or not it makes this generation on consoles, or even if it should due to how ambitious it sounds. It’ll be an interesting couple of years, especially when the talk of the PS5 and Xbox…well, whatever they plan on calling it, really starts to heat up.

Ghost of Tsushima
I’ve been a longtime fan of Sucker Punch so when the developer basically went off the grid after launching inFAMOUS Second Son and First Light back in 2014, the wait for anything relating to them was excruciating. During Paris Games Week 2017, the developer made a surprise appearance and turned heads when it revealed its next game, Ghost of Tsushima.

Naturally, the title went on to be one of Sony’s big focuses for E3 2018, and boy, did it impress. Focusing on the last samurai of the small Japanese island of Tsushima during the Mongol Invasion, the lengthy demo gave fans a taste of the world, traversal, and combat. First off, the visuals are just stunning. I particularly loved the strong use of color during the demo from the lush, green trees, the sweeping yellows of the fields, to the falling red leaves during the climactic duel at the end. The demo almost seems unbelievable in the fact that it comes from the same studio that gave us the likes of Sly Cooper and Cole MacGrath. The one thing that would have been truly amazing would have been a release date, but it looks like we’ll have to wait just a bit longer.

Spider-Man Gameplay
Since we’re talking about Sony, then I really have to mention the Spider-Man gameplay which ended their show. I won’t lie, I was already on board with this game after it was announced, but seeing it in action just reinforced everything I believed in about it.

The gameplay showed off so many cool villains like Rhino, Electro, Scorpion, and the like, but what really impressed me was the combat. Yes, it looks to resemble the Batman: Arkham games, but the fluidity and stellar animation work really give this game an edge. Not only that, Spider-Man can utilize gadgets and even parts of his environment whether that be flinging a car door at enemies, or using his webs to incapacitate them.

The other aspect which looks amazing is the traversal mechanics, a very difficult aspect to get right considering the physics of web-slinging around New York. By all accounts, Insomniac has nailed this feeling, marrying the weight and speed of Spider-Man fluidly zipping around the urban environment. I’m thrilled that the game is only a couple months away.

The Ubisoft-Nintendo Connection
Let’s be honest, when these two companies come together, magic typically follows. I mean, just look at last year’s Ubisoft Press Conference. Even though Mario + Rabbids was leaked prior to the event, the announcement was still undeniably special. Seeing Davide Soliani, the director of the game, start to cry at seeing Miyamoto on stage helping to announce the game is something I’m unlikely to ever forget.

Going into this year, I don’t think anyone expected another moment like that, which made the reveal even better. After getting a lot more stage time than I expected them to get, a new trailer for Ubisoft’s toys-to-life game Starlink: Battle for Atlas, used some familiar sound effects that I immediately recalled as being from the SNES version of Star Fox. Sure enough, Fox McCloud and his team barrel rolled into view to confirm that the Nintendo Switch version had some really cool bonus content. Not only that, Ubisoft CEO, Yves Guillemot, called out Nintendo legend Shigeru Miyamoto who was in attendance and stood up to raucous applause. Guillemot then handed Miyamoto a prototype toy of Fox’s Arwing, which he raised in the air to even more applause. Magic, I tell you. 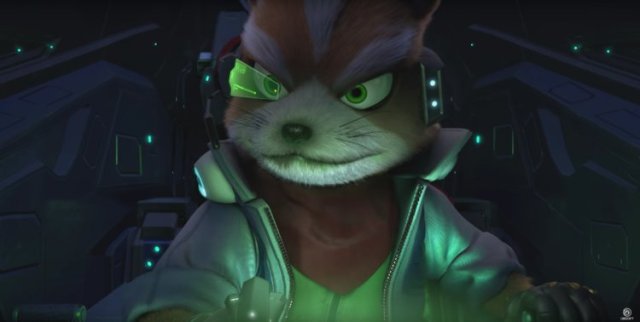 Assassin’s Creed’s Surprise Return
Speaking of Ubisoft, I was surprised to see so many Assassin’s Creed rumors leading up to E3. I mean, the company only just recently took some time off to reevaluate the franchise, eventually launching the stellar Assassin’s Creed Origins last year. There was no way they’d return to an annual release cycle so soon, right?

Well, while they’ve confirmed it won’t be an annual franchise, the timing was pure coincidental for the now official Assassin’s Creed Odyssey. In development for the past three years by Ubisoft Quebec, the studio behind the fantastic Assassin’s Creed Syndicate, Odyssey takes the franchise to a time that I’ve always hoped it would go: Ancient Greece. So while we’ll get to pretend we’re a Spartan warrior and even partake in the legendary Battle of Thermopylae, the real interesting aspect to this game is the increased focus on RPG mechanics. Odyssey takes a page out of Origins playbook and then takes it a step further by letting players select their protagonist, engage in conversations with dialogue trees, and even strike up a romance or two. BioWare would be proud of this one.

This entry was posted in E3, Opinion and tagged E3 2018, Feature, games, Opinion. Bookmark the permalink.