Riding high off of a stellar first year, many fans were hoping for another power-packed E3 Direct. Replicating what Nintendo was able to do in year one is likely impossible as they had the perfect storm of major AAA titles from their core franchises of Mario and Zelda to help dominate the scene.

With those two franchises now exhausted, many fans expected to see some of Nintendo’s other premier franchises arrive on the scene to keep that momentum going. So that means Metroid, Smash Bros, Fire Emblem, Animal Crossing, and Pokemon, right?

With arguably the shortest presentation at E3 this year, did Nintendo come out swinging? Let’s discuss.

Well, not exactly. Nintendo spent the bulk of their E3 presentation to discuss the next iteration of Smash Bros, something that shouldn’t be too surprising considering Nintendo did mention this previously. More on that in just a moment.

Of course, Nintendo excels at giving players details and information quickly in a well-produced recorded presentation. So naturally, fans saw trailers for a number of upcoming games like Daemon X Machina, Fire Emblem: Three Houses, Fortnite: Battle Royale, Octopath Traveler, and Super Mario Party. Better yet, Nintendo surprised a lot of fans by pressing the launch button on Fortnite pretty much right after the show.

Pokemon Let’s Go Pikachu/Eevee understandably got plenty of screen time considering that it’s one of Nintendo’s big 2018 releases later this year. While Nintendo has previously stated that this isn’t a core Pokemon title (that’s coming next year), Let’s Go looks like a cross between Pokemon Yellow and Pokemon Go. The process of capturing the little creatures looks straight out of Go, while traditional trainer/gym combat was taken right from a core Pokemon game. It looks great in 3D, though I still have a lot of questions about this title. At the very least, it could be a nice stop-gap for those waiting for the 2019 game.

From there, it was all Smash. The fan-favorite fighter was officially revealed as Super Smash Bros. Ultimate, basically the definitive version of the Nintendo brawler. For over half an hour, Nintendo joyfully unleashed waves of news and details about the fighter including an enormous roster that contains every single fighter that has ever appeared in the franchise. Better yet, the game does have a few newcomers in the form of the Inkling girl/boy as well as the highly requested Ridley. Finally. 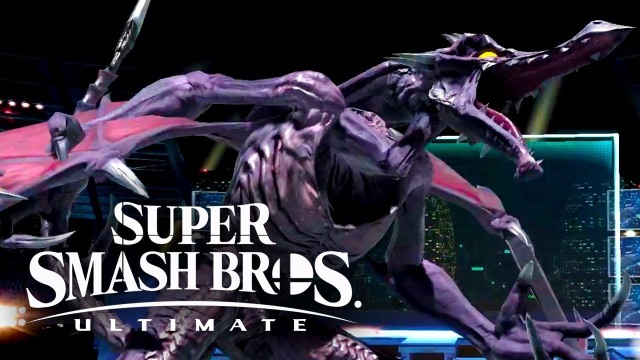 Outside of the massive roster, Ultimate introduced a number of gameplay tweaks to the experience, new assist trophies, additional mechanics, as well as quality of life improvements to every character as well. Better yet, the game will continue to support Gamecube controllers for those purists out there. I, for one, cannot wait to get my hands on this one when it launches in December. I also can’t help but wonder what other surprises Nintendo left out of its presentation. Are we going to see any other characters on the roster?

Ultimately, I was satisfied with Nintendo’s presentations this year and I thought they had a solid show. Sure, it didn’t hit every expectation I had, as I am fairly disappointed that Metroid wasn’t shown in any capacity. I understand that Nintendo doesn’t like to tease fans with games outside of its 12-month window like Sony or Microsoft, but sometimes, generating that hype goes a long way.

With that said, the presentation certainly whipped me into a frenzy over Smash Bros and I can’t wait to get my hands on that. There’s not much else for me this year, so it gets me wondering what else Nintendo has planned for 2019.

With new consoles on the horizon for Microsoft and Sony, I can’t help but feel a little nervous for the House of Mario as those consoles will likely outclass the Switch by a large margin in terms of technical power. My hope is that Nintendo doesn’t let the momentum die and gets buried by the hype train of new core consoles. A new core Pokemon title and Metroid Prime 4 will certainly help, so here’s hoping