A lot of people were surprised when Ubisoft revealed that the start of Year 3 for Rainbow Six Siege would include a heavy focus on a new player versus enemy mode called Outbreak. Since launch, Siege has been a game focused entirely on the player versus player experience, pitting operators based on real-world agencies against one another using modern technology, weapons, and gadgets.

With Operation Chimera and the new Outbreak mode, Ubisoft decided to switch things up by adding more sci-fi elements including some sort of medical emergency which created various forms of zombie-like creatures. While the content initially stumbled a bit with fans regarding how cosmetic packs are handled (purchased, not earned), on the whole, Outbreak has been a massive success for Ubisoft and the game itself.

Here’s what I thought of the new PvE style mode inside of Operation Chimera.

The biggest change (and the thing that I love most about Outbreak) is the focus on story. The mode begins in the New Mexico town of Truth or Consequences where a strange object has fallen from the sky. Days pass as the town grows worse due to a mysterious medical outbreak that starts to infect the townsfolk. Hospitals are overrun with the sick and before long, Team Rainbow is sent in to find out what is going on and to prevent it from spreading.

Rainbow Six Siege currently sports well over thirty characters on the roster, each with their own voices, looks, and gadgets at their disposal. Outbreak finally gives many of them a personality that players have never seen in the game. FBI operator Eliza “Ash” Cohen leads the coalition by bringing the team together and setting the plans in motion. Other characters get plenty of screen time including Thermite, who serves as point man during missions, medical expert Doc, and everybody’s favorite lord, Tachanka.

All in all, Outbreak gives Rainbow Six Siege a campaign element that the core game has always been missing. Sure, it’s definitely not a substitute for an actual campaign, but the production values, light story elements, and cutscenes all give it that campaign vibe. I loved seeing these characters actually talking to each other during cutscenes and I would love to see more content like this in the future.

Gameplay wise, the mode puts three players together to battle the infected through one of  three, multi-objective maps. It has a strong Left 4 Dead feel as players can find health, ammo, and refill their gadgets while completing shifting objectives ranging from a simple clearing the areas of enemies, finding a story item, and defensive missions reminiscent of the traditional PvP multiplayer gameplay.

The enemies are smarter than they initially appear. The basic enemy types seem simple enough, rushing the player and swiping at them. What the game doesn’t tell you, however, is that you really should sneak up on them and take them out as they go down faster, don’t gain an armor buff, and won’t alert other enemies. If you’re spotted or make a lot of noise, you’re liable to trigger more aggressive enemies. 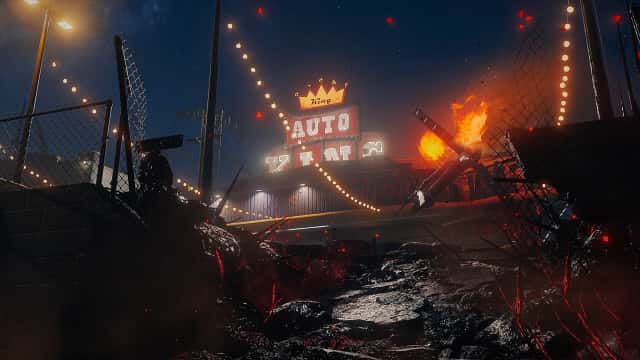 Believe me, things get much more difficult when the hoard is triggered. Not only do you need to deal with the grunts, but special infected also appear including Breachers (explode and cause area damage), Rooters (enemies who keep their distance in order to pin players down), Apex (Necromancer style enemies that raise/buff the infected), and Chargers (heavily armored brutes that charge at players).

The three maps feel different and are open enough to make it seem like you’re not constantly running down single path corridors. Another fun element is how destructable the environment is, not only for players to utilize but the monsters as well. Enemies will absolutely plow through walls if they can, meaning you never truly feel safe. That said, I kind of wish Outbreak followed Left 4 Dead more closely in that squads could have up to four players, not just three. I can’t help but wonder if that would make the mode feel a little more fair?

While I absolutely adore the direction Ubisoft is going with Outbreak, it’s not perfect. As I hinted at above, the mode can be very difficult, especially for players not communicating or trying to Leeroy Jenkins the mission. It’s very easy to not only get split up but get taken out, even on the most basic “Normal” difficulty setting.

Outside of a few weekly Ubisoft Club challenges, Outbreak also has a serious lack of meaningful rewards for time spent. Listen, at the end of the day, games are meant to be played for fun. I get that. Still, I can’t help but feel a twinge of disappointment when I see the Mission Successful screen and then a paltry 200 or so renoun is handed over to me. Yes, I had fun, but it wasn’t a cakewalk either so I can’t help but feel a little let down based on how much effort I put in.

I know this mode has always intended to be a limited time thing, and there are definitely some improvements that can be made, but I’d love for this experiment to continue into season three. Whether that means the mode comes back or the developers create new modes similar in structure, I’m all for new PvE experiences. Outbreak is a great start to this experiment and with a few minor tweaks, I could see new PvE experiences adding another component to an already popular game.

I’m sure Ubisoft noticed that the user base once again swelled when Outbreak arrived alongside Operation Chimera. Considering the game’s popularity continues t grow with each passing month, I’d say Siege is going to be seeing some very interesting things throughout this year.