I don’t think 2017 has gone exactly as expected as EA initially thought. The first blemish came earlier this year with Mass Effect Andromeda, which launched and got (unfairly IMO) lambasted by social media over wonky animations. While I enjoyed the game, it ultimately didn’t fare too well and the studio was soon restructured and franchise essentially put on ice.

Now, we have this piece of news…

Patrick Soderlund, the Executive Vice President of EA, revealed in a blog post that the company made a decision to move Visceral Game’s Star Wars project to EA’s Worldwide Studios with EA Vancouver leading production. Not only that, the game is being changed from a linear, story-driven experience to a broader one that leans more into the Frostbite engine, changes many of the central elements of the game, and allows for more player agency and variety. 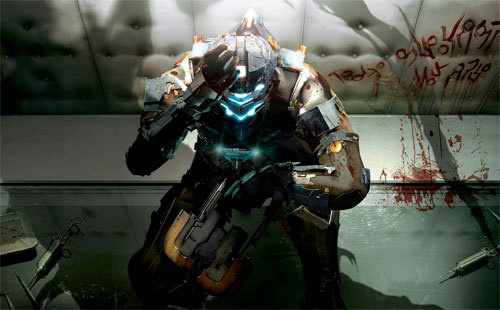 While we don’t know exactly what that means, it sounds as though EA is going to be changing the game to be something more akin to Destiny. Financially it makes sense when you consider how well the Destiny franchise has been for their rival, Activision. Unfortunately, this decision just isn’t what fans or the developer wanted to hear.

Sadly, without a new project to fall back on, EA has also decided to effectively shut down Visceral and try to shift as many employees as possible to other projects.

The news immediately struck me as a decision based on the fact that EA viewed the game as lacking a way to keep players hooked over the long term. Right or wrong, the sad fact is that single player games are quickly becoming a rare breed as publishers look for ways to monetize their games over the long haul. Honestly though, when did the word ‘linear’ become such a bad thing? Would BioShock exist as we know it if it had come out this year rather than in 2007?

I guess when you think about it, single player games like Assassin’s Creed Origins and its publisher Ubisoft deserves a tip of the cap for going against the quickly growing trend. Same goes for Sony who published the outstanding Horizon: Zero Dawn earlier this year and is also set to start 2018 with God of War as well.

After reading EA’s statement on the news, my mind immediately thought back to Star Wars 1313, another linear and story heavy experience. Considering the fate of that title was almost exactly the same (although it was outright cancelled and not moved), it feels like fans just can’t get a bad ass looking single player game. Seriously, what is it with all these amazing single player Star Wars games getting the boot?

Also, can Amy Hennig be allowed to finish a game? First, it was Uncharted 4 and now this.

I could go on and on about how this decision is utterly disappointing but I’ll let Daemon Hatfield say it for me:

"In its current form, it was shaping up to be a story-based, linear adventure game."

THAT IS EXACTLY WHAT WE WANT#Visceral

In all seriousness though, I feel really bad for the hard working employees at Visceral. Best wishes to all those affected by this decision. While EA had remained silent and coy on the title, it held a lot of promise from the few things we did hear about it. I’m especially sad for the employees of the studio and wish them all the best in their next phase. Thought Visceral hasn’t produced much recently, I don’t think I’ll ever forget their work on the Dead Space franchise, where they actually got me to pick up and play a scary game, something that I don’t typically do.

Fare thee well Visceral Games. You will be missed.

This entry was posted in News, Opinion. Bookmark the permalink.