I don’t know about you, but 2017 has been flying by. It’s already the middle of May, which blows my mind as it feels like the year just started. With E3 right around the corner, it’s time to busty out my crystal ball and try to peer into the near future to predict what you and I will be seeing at the big show.

First up are the boys and girls in green. I don’t need to tell you that Project Scorpio will be Microsoft’s primary focus this year, we’ve known about that for what seems like ages at this point. Expect to finally see the actual finalized hardware along with a price and release date.

Still, for many people tuning in however, the real draw will be seeing actual gameplay running on the machine and I have a feeling Microsoft has plenty of software to show off as well.

Hardware aside, here’s what I’m thinking will be on stage with Microsoft this year:

Mark it down. You’ll be seeing plenty from first party games like Crackdown 3, Forza Motorsport 7, State of Decay 2, and Sea of Thieves.

I have little doubt that Middle-earth: Shadow of War will also get ample stage time as well, even though it’s a third party title also coming to PC and PS4. When it was announced, Warner Bros made sure to highlight that the game was also confirmed for Scorpio, the first actual game to come out and do that. I’d imagine the team at Monolith would want to showcase the game using all that new high powered tech. 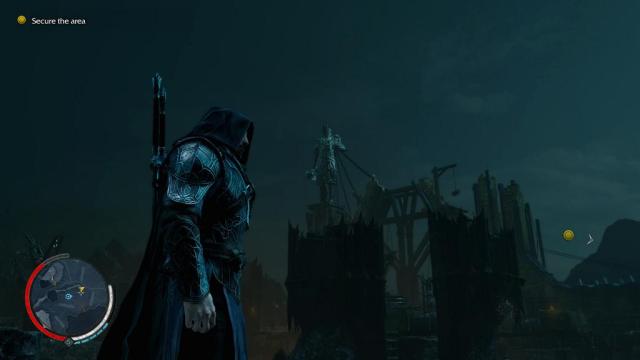 Although it now feels like it’s been in development for going on a decade, I’m pretty confident that Cuphead is going to be highlighted and will finally get a release date that actually sticks this time!

Speaking of Indies, ID@Xbox is also going to get stage time to highlight some smaller scale but cool projects as well.

I could be wrong here (and I stubbornly refuse to take the time to look it up), but I believe Insomniac Games is only working on Spider-Man for the PlayStation 4 at the moment. Typically this studio is a multi-game development house, so I believe they’re working on something else as well. That game? Sunset Overdrive 2.

Think about it. The first one was a beloved, quirky shooter with a TON of personality, and an exclusive title the Xbox absolutely needed. Now think about all of those vibrant colors and particle effects souped up on Project Scorpio. That’s something I’d love to see.

I’m almost certain that Microsoft has some sort of Halo related announcement as it’s clearly one of the main brands for the company. However, I’m not exactly sure what that could be. Enough time has passed for a (the studio recently announced that Halo 6 won’t be at E3 so scratch that!), but even then, I feel like both 343 and Microsoft plan on taking their time to make sure the next proper game is the best it can be. While Halo 5 was better, I feel like it still didn’t resonate as well as the older Bungie developed games used to. Even 343 admitted that it wasn’t 100% thrilled with how it presented the story in the campaign. Still, with a new piece of hardware on the horizon, I’d be shocked if Microsoft didn’t have some Halo game ready to go on it.

What’s up with Moon Studios? I loved Ori and the Blind Forest and I have a feeling the team’s next project might be ready for a reveal. What is it? No clue, but if it’s anything like Ori, sign me up.

The Longshots and Wishlist

I’ve been a fan of the Killer Instinct franchise for a long time, so I was thrilled to see Microsoft actually resurrect it and keep it going for three seasons. As of now, the game is in a suspended state, as nothing has been announced for the future of the series. My hope is that a proper sequel is in development with Iron Galaxy.

Is it possible that Rare is somehow working on a second game alongside Sea of Thieves as well? That’d be interesting, wouldn’t it?

This shouldn’t be a surprise, but Microsoft is in some dire need of new exclusive titles. When you see what Sony has on the horizon like God of War, Last of Us 2, and numerous others, you start to realize that Microsoft isn’t nearly on that level. I’m assuming the company has a plan for this, especially with a new console on the way, so I’m expecting to see plenty of new and unannounced titles next month. In my opinion, software sells systems.

That’s it for Microsoft. What are you hoping/expecting to see from Team Xbox this year?