In a move which wasn’t anticipated by really anyone, Capcom released a brand new trailer for Capcom vs Marvel: Infinite, showing why both of these universes are back at it again.

Personally, I wasn’t expecting to see anything more regarding this game until E3 at the earliest, so finding a new trailer for the game today was a very nice surprise. Considering this is a story trailer, you can bet that new characters would also be included. 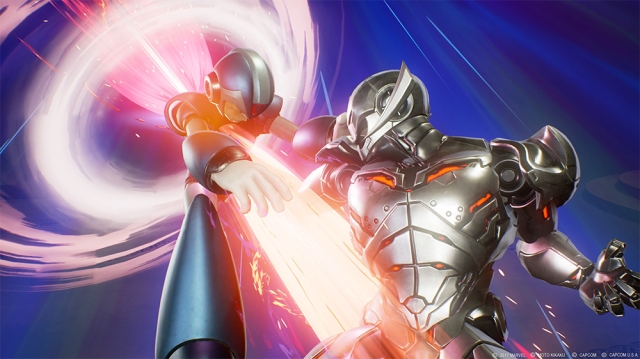 Before we get to the new additions to the Infinite roster, here’s a small refresh of the currently known cast of Capcom and Marvel brawlers:

After watching the trailer, a number of new additions are now confirmed. As rumors have indicated, many of them come from the Avengers, so none of this should be too surprising considering the movie successes. I am curious to see if those other recent rumors that the X-Men would be joining at some point are true as well. I mean, can you have a Marvel vs game without Wolverine? That has to be a crime somewhere, doesn’t it?

Here are the new recruits so far:

Let me tell you, as someone who absolutely loves the Mega Man X series (okay, mainly the first 3, after that the quality levels started to decline), I’m pumped to see Sigma once again. Based on new details from Capcom, it looks like the main Mega Man X antagonist won’t be on the main roster day one, but the first post-launch character added to the game. Somewhat disappointing, but I’m glad he’s actually getting included at all.

What may be more surprising to me outside of the fact we got new information before E3 is that the game actually launches on September 19, 2017. Did anyone see that coming? I sure didn’t. I honestly expected a very late 2017 release at the earliest, perhaps even getting a delay into February or March of 2018. In this case, I am more than happy to be wrong.

In case you missed it, here’s the brand new Marvel vs Capcom: Infinite trailer. Enjoy!

This entry was posted in News and tagged games, news, PC, PS4, Xbox One. Bookmark the permalink.