The Amended Gamer Crash Awards for 2016

Like many people I’m sure, I have a larger than expected backlog of games to get through. It’s the same thing each and every year. Just not enough time in the day to get through everything.  That’s one of the disadvantages of becoming a functional adult human being.

If you read my annual Gamer Crash Awards (catch up with this handy link if you missed anything: HERE), I’m sure you picked up on the fact that some of your favorite games were not represented on any of my lists. As unfortunate as that is, it wasn’t a mistake. I pride myself on only including games that I’ve played during the year because frankly, how can I judge something if I haven’t played it? It wouldn’t make sense and frankly, I don’t want to betray your trust in me.

With December being a light month thanks to the holiday season, I managed to come across enough time to actually play a number of games that missed the cut off date for my awards back in December. If I had a time machine, I’d definitely have some additions to each of the lists. Luckily, thanks to the power of the written word, I don’t need a time machine. Instead, I’m going back to revisit and “amend” each category right here.

So without further adieu, here are my award amendments…below the break:

DOOM
This one was an obvious choice if not only for the man behind the guitar, Mick Gordon. While I hadn’t played the game prior to my awards last month, I knew this soundtrack was great based on what other people have said and based on what I had heard on The Game Awards.

When I finally got my hands on the title, my suspicions were confirmed. Mick Gordon is a musical genius. From the in-time shotgun reload at the start to the heavy guitar riffs and in your face aggressiveness of it all, DOOM’s soundtrack brings an edge to the fast paced violence on the screen. There’s no other way to describe it other than it syncs up extremely well and the entire experience is uplifted because of it. While the game would continue to be good with out the music, I don’t think it would be quite on the same level. 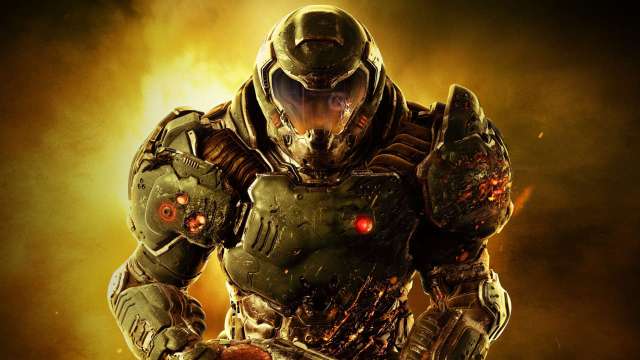 Game of the Year

DOOM
Yup, this game was something special and if I’m being honest, I’m moderately ashamed I passed on it entirely. I think I always knew I’d get around to it, but the Spring 2016 season was a competitive one with huge names like Uncharted 4 and Overwatch dominating the landscape.

What impressive me about DOOM is that it doesn’t care about trends and manages to stay true to itself and what it does best. It’s a shooter through and through that clings to its old school traditions and doesn’t care what you think. Levels are well crafted, hiding a ton of secrets to find and plenty of demons to smash. I was surprised by the amount of progression systems as well, letting players upgrade weapons with various mods along with the Praetor Armor as well.

DOOM is a fast moving, frantic, and fun ride. While I may have missed it when it launched, I’m glad I was able to circle back around and give it a chance.

Steep
I’ll fully admit, I wasn’t sold on Steep after playing the Alpha and Beta. Perhaps it was my fault for placing unrealistic expectations upon it. At E3, my mind instantly drifted to other high action arcade games like SSX and I came to realize that’s just not what Steep is trying to be. Sure, it has some goofy and arcade like moments in it, but Steep isn’t trying to be a pure arcade experience and that’s just fine.

Once I got past that, Steep really impressed me with what it does offer including a play at your pace, do what you want to do vibe. There’s a ton of different ways to progress in the game, so skipping certain events you don’t like, isn’t a big deal. The game rewards you for how you want to play and in this day and age, I found that to be extremely refreshing. Plus, the landscape is breathtaking and the way the music syncs with what’s happening on screen is just the best. I’m glad I gave this game a second chance because it has rewarded me for my time.

Forza Horizon 3: Blizzard Mountain
I’ve already professed my love for this open world beauty and now Playground Games has released a brand new expansion for it featuring none other than a giant snowy mountain. In a similar vein to Forza Horizon 2’s Storm Island, Blizzard Mountain features slick roads, snow racing, and whiteout conditions, mixing up what is already a fantastic experience. Driving over a frozen lake, or trying to navigate during a snowstorm makes for some thrilling races and memorable experiences in an already fantastic racing game.

If you enjoy Forza Horizon 3, Blizzard Mountain is a no brainer. It’s absolutely worth your time and money.

Overcooked!
I had heard things about Overcooked, but it’s a game that never really hit my radar. Over the holiday, I found a really good deal on it so I jumped in. What a stressful, fun, and rediculously good game! Who would have ever thought being a line cook could make for such a compelling experience.

At its core, you’re a chef who is responsible for satisfying orders that come in. Not only do you have to prep the food, but you have to cook it, plate it, and clean the dirty plates as they come in. Adding to the chaos is the fact that you can over cook food, causing a fire to break out, customers will leave if their order is ignored for too long, and tips can be earned for speedy service. Did I mention that the kitchen layouts get more and more insane as you play?

Honestly, if you’re looking for a fantastic couch co-op game, Overcooked is well worth your time, just try not to get too angry at each other when your plans inevitably fall through. And they will, trust me.

Were you able to play any games over the holiday break? Any that surprised or delighted you? Let me know in the comments.

10 Responses to The Amended Gamer Crash Awards for 2016