After the disappointing lifespan of the WiiU, Nintendo is betting big on the Switch, their newest console that acts as both a home and portable system. It’s an interesting concept and one that really seemed to capture people’s attention when the debut trailer arrived last October.

Still, Nintendo withheld a lot of information from fans, ultimately waiting until last night to officially reveal the system in full. As many expected, the console launches with a $300 price tag, which isn’t terrible, though I feel like $250 would have been the sweet spot. It’s hitting earlier than many people expected on March 3, 2017. Like the WiiU deluxe model, it sports a 32GB HDD.

In my opinion, the press conference didn’t do much for me. I came in curious but not sold on the new console. It’s still a fascinating concept, a home console that can be taken on the go. It’s a great idea, especially in the go, go, go style world we live in now. Being able to take your games on the go is going to be a great feature for many, especially those who travel often.

While it was nice to finally getting some solid details on Nintendo’s plans, the presentation did nothing to really wow me. Getting critical details such as the launch date and price right out of the gate was great, but the show spent entirely way too much time on those small Joy-Con controllers which players can attach or use away from the tablet part of the console.

Sure, the things do a lot, but we’re focusing on motion controls again? Maybe you enjoyed it, but the fact that I can now feel like I’m drinking a glass of water with three ice cubes in it thanks to HD Rumble tech didn’t strike me at all. In fact, it was kind of useless information. Cool feature I guess, but certainly not worth a 5 minute demonstration.

Speaking of controllers, Nintendo released information on accessories and prices after the show and I nearly fell out of my chair after seeing it. Those tiny Joy-Con controllers retail for $80 bucks (for both left and right) and individually at $50. For just one (left or right), it’s pretty much 10 dollars less than a regular Xbox One or PS4 controller. The accessory prices feel a bit like price gouging if I’m being honest.

Games were clearly not a focus of the show even though they did reveal Splatoon 2, Super Mario Odyssey, a bunch of JRPGs, and a very awesome Legend of Zelda trailer. I have to say, hearing that Breath of the Wild now has voice acting was a wonderful surprise and considering how long the franchise has fought against that, it didn’t feel weird or out of place at all. It is a long time coming, that’s for sure. That said, it’s unclear if Link actually has spoken words. My money is on he’s still a mute character. 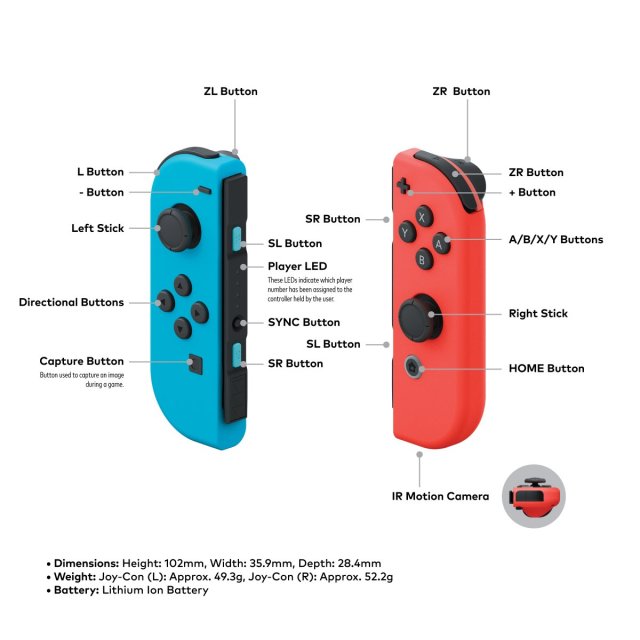 Ultimately, the press conference didn’t do much to sway my opinion, which is disappointing. As someone who wants to really enjoy and love what Nintendo is up to, I just don’t feel that pull towards the Switch. I’m still fairly apathetic towards the system. After being a lifelong Nintendo fanboy growing up, this feeling is a little dis-concerning. People change with age, that much is sure, and maybe it’s the fact that I just don’t have as much time for games as I once did. I don’t know.

I know this post may have been sort of a downer but I do remain hopeful that Nintendo can not only turn it around, but convince me to be a Switch adopter. Either way, I remain hopeful that the Nintendo Switch will deliver in its promises and it is able to restore Nintendo back to where it used to be. Time will tell.

What are your thoughts on the Nintendo Switch after seeing it fully unveiled? Are you a day one adopter?

This entry was posted in Opinion and tagged games, Nintendo, Opinion. Bookmark the permalink.