Considering it’s now December, the Holiday season is right around the corner.  So what better time than now to participate in a little Festivus for the rest of us?

For those scratching their heads, Festivus is a fictional holiday created in the 90s by the TV sitcom Seinfeld. It’s almost like an anti-holiday; a response to the pressures and commercialism of the season.

The holiday went on to gain a cult following after its introduction in the episode called “The Strike.” I highly recommend you checking out if you haven’t seen it. The holiday includes things like Feats of Strength, an unadorned Festivus pole, and labeling easily explainable events as Festivus miracles. For this post, I’m going to focus on the airing of grievances, aimed solely at some of the biggest games that released during this busy season.

Keep in mind, I’m not saying any of these games suck or are not worth your time. Quite to the contrary in fact as many of the games on my list are ones that are fantastic.

So as the great Frank Costanza once said: “I got a lotta problems with you people, and you’re going to hear about it!”

You can read about my grievances after the jump:

Battlefield 1: Miserly
This game is super addictive and a huge return to form for the franchise. It’s a ton of fun and has some really epic moments, but can we please do something about the slow as hell progression system?! Seriously, unless you’re the terminator, leveling will take a lot longer than it should, especially at lower levels.

This unfortunate fact makes playing many of the smaller modes like Domination, Capture the Pigeon, and Team Deathmatch almost a waste of time as you don’t earn nearly as much XP as you would in the lengthier Operations or Conquest modes. It’s sad because those previously mentioned modes are incredibly fun as well, but worthless if you’re looking to level up quickly.

While I’m at it, stop being so stingy with those Battlepacks as well. There should be other ways to earn them outside of paying real money, drinking energy drinks, or relying solely on RNG to select me after a match.

Titanfall 2: Collateral Damage
The victim of a less than ideal release window, Titanfall 2 just isn’t getting the love it deserves. There seems to be a lack of respect due to poor sales figures even though the game as a whole is a massive step up over it’s predecessor and even many modern shooters.

Respawn Entertainment made a number of quality of life improvements, added in more modes, customization options, and things to do, yet the community just isn’t there like it was for the first game. Titanfall 2 also introduces a single player campaign, something the community begged for in the first game. In my opinion, the campaign is one of the best I’ve played in a while, especially for a first person shooter. It introduces some really clever platforming and puzzle segments instead of relying solely on shooting nameless people over and over.

Lets be honest here though, releasing this between two behemoths like Battlefield 1 and Call of Duty: Infinite Warfare probably wasn’t the best idea, regardless of how great the game is.

Destiny Rise of Iron: Post Launch Droughts
It’s well documented that Destiny has experienced a number of content droughts since it launched in 2014. The main reason for this is the fact that Bungie still clings to the now archaic method of releasing expansion packs, which introduce new content all at once instead of drip feeding players over time. Other free updates are mainly limited to gameplay tweaks and small events that typically last for a week and centered around major holidays like Halloween.

While it’s probably too late to change now, I’d love to see Bungie release new content more often, even if it’s just a new PvP map or something small. Many games these days even release their maps for free as to not split the community between the haves and have nots. It’ll be interesting to see if Bungie goes that route as well, especially for a few new PvP maps.

Also, here’s hoping that the world isn’t so disconnected in future games. I’d love to be able to visit the Tower and then walk down into the Cosmodrome to start fighting. Having to jump in my ship to return to orbit and then load into a new location wears on you after a while. This is especially true when you’re doing the weekly bounties and patrols for The Plaguelands. Being able to step down from the Iron Temple and start fighting is sorely needed. 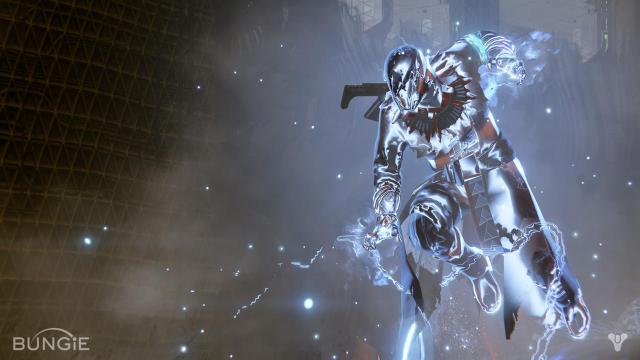 Dishonored 2: Eagle Vision
Dishonored 2 is what a good sequel should be. It continues to build upon the already solid foundation that its predecessor established years ago. Unfortunately, it seems part of that building process also resulted in the Grand Guard getting eye replacements and mutant like senses.

Guards in this game have an insane reaction time to things that they deem ‘off’ along with eye sight that could make eagles jealous. You have to be massively careful, take your time, and save often, especially if you’re going for the ghost the entire game achievement.

Call of Duty Infinite Warfare: Repetition and Fatigue
I know you won’t take my advice on this but take a year off. Seriously. Taking an extra year to do things right will not only produce a better game, but reinvigorate the fanbase as well. Follow Ubisoft’s lead with the Assassin’s Creed franchise.

I’ve heard better than expected things about the game this year, which is great, but let’s face facts here. The multiplayer takes a lot of elements from Black Ops 3, which was released just last year. I mean, that’s all well and good, but I think the series as a whole needs some time to grow and mature.

EA/Ubisoft: Cannibalistic Tendencies
As previously mentioned above, I feel like some publishers emphasize dates over sense sometimes. For some reason, EA thought that releasing Titanfall 2 so close to Battlefield 1 and Call of Duty was a wise idea. Based on the sales figures, it wasn’t, which is disappointing because a high quality game like TF2 is now getting overlooked.

To a lesser extent, Ubisoft did a similar thing in November by releasing both Watch_Dogs 2 and Assassin’s Creed: The Ezio Collection on the exact same day. I don’t have specific sales figures, but I’d imagine that Ezio Auditore can’t be too happy with how that turned out.

Sometimes, spreading out the love goes a long way rather than trying to cram in a ton of stuff at the same time. Us gamers only have a finite amount of money and time.

Forza Horizon 3: Ummm…
Actually, no, you’re quite good. Keep up the good work.

Well folks, that’s my list, but what’s yours? Anything you want to get off your chest?

This entry was posted in Feature, Opinion and tagged Feature, games, Opinion. Bookmark the permalink.