To say I didn’t have a somewhat unhealthy level of hype for ReCore prior to its launch would be an understatement. Considering I basically championed the game before its release, says more than enough.

I mean, how could I not be interested? ReCore is a collaboration between Armature Studios down in Texas, made up of former members of Retro Studios who worked on the fantastic Metroid Prime series for Nintendo. On the flip side, Keiji Inafune’s Comcept studio made up the other half on this project. While that studio is going through a rough patch with the Mighty No. 9 fall out, I’m giving them a pass here mainly because Inafune helped create one of my favorite franchises while at Capcom: Mega Man.

So how did it turn out? Was I right in believing in the new IP or did I make a horrible mistake?

Find out after the jump…

For the most part, ReCore succeeds out of the gate. The story centers around Joule Adams, a colonist and scientist of sorts, as she wakes from a very long cryosleep. A plague called Dust Devil has spread across Earth, forcing explorers and scientists such as Joule to venture out and terraform this new planet known as Far Eden.

Unfortunately, as Joule wakes up, she realizes that something went wrong during her stasis as the planet has not only not been terraformed as expected, she’s unable to locate anyone else include her father. The corebots which had been tasked with assisting with the project while the humans went into cryostasis, also became corrupted and hostile.

While it wasn’t the most complex or unique story line out there, I found myself actually invested in this world and the characters in it. The story managed to keep me interested and wanting to progress to figure out what actually did happen to this place. I generally cared about Joule’s plight in this strange world, and I found myself excited to listen to collectible audio files that I came across which revealed more juicy details about the origins of the corebots, the developing issue, and motivations of certain characters. 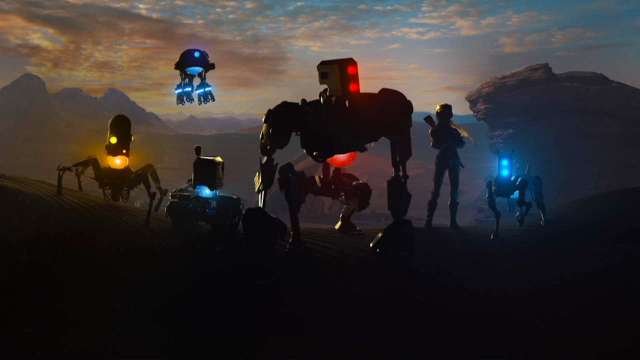 While not completely open, the world is made up of multiple zones, stitched together by loading screens and fast travel stations. In this way, it reminded me of a franchise like Borderlands. The zones are fairly large, though most of them are made up with natural structures mixed in with left over/decaying machinery. Squads of enemies patrol in various locations as well, with hidden items and collectibles scattered in for good measure.

You’ll be doing a LOT of platforming and combat while playing and thankfully, these mechanics are rock solid and downright fun. The platforming is an absolutely major element to the experience, going as far as reminding me of old school games from the classic PS2/N64 days. Platforming hasn’t been this fun in a VERY long time and it’s just not something you see much of in games these days.

ReCore manages to bring it back in a big way, throwing environmental puzzles at the player and testing their reflexes on some seriously tricky maneuvers, especially in the optional dungeons. The biggest achievement here is that they somehow managed to keep the mechanic fun and honest. I never once felt like the game was preventing me from doing what I needed to do or was overly unfair about things. If I made a mistake, it was my own fault, not the game being cheap.

The other major component to ReCore is with the combat. Color is a huge aspect here as the various enemies you’ll be fighting are made up of certain colors indicating how they attack and what they’re weak to. Obviously, when fighting a red bot, players will want to switch to the red ammunition to really max out their damage potential. Additional moves like double jump, dash, and charge shots can be utilized to give combat a much more fluid feel to these encounters. Not only that, players can build and chain together combos for bonus experience and an opportunity to extract the cores from enemies. More on that later.

Obviously, if you’ve been following the game, you should know that Joule is not alone in her journey. While humanity may be in dire straights on Far Eden, Joule has a number of AI bots which she can interact with. Perhaps it’s the connection to a game like Mega Man, but these bots have such awesome personalities. Each of Joule’s companions are able to express themselves through motion and how they act, it gives them a very distinct personality. Mack the dog, Seth the spider bot, and Duncan the Ape bot. None of them speak a human language, but I found myself understanding each one through how they behaved. Not only that, each has a unique ability to assist Joule on her travels including representing a different color to show which enemy type they’re effective at taking down.

These bots can be upgraded with different armor types found in the world and the cores that Joule extracts can be used to increase their stats to make them more effective in combat. Joule and the bots do level up from experience, but players will need to make sure to manually increase the statistics using cores to really maximize the effect.

While ReCore has a lot of good going for it, there are some negatives to this experience as well. What’s interesting is that while ReCore does suffer from its own fair share of issues, they become more apparent the longer you play through the game.

The first thing you’ll notice are the lengthy load times. Considering that the game is made up of a series of zones, fast travelling is something you’ll be doing quite often, especially since upgrading and customizing your corebots can only be done from Joule’s base. With fast travelling comes a lot of loading screens and sadly, you’ll be sitting for upwards of a minute waiting for something to happen. 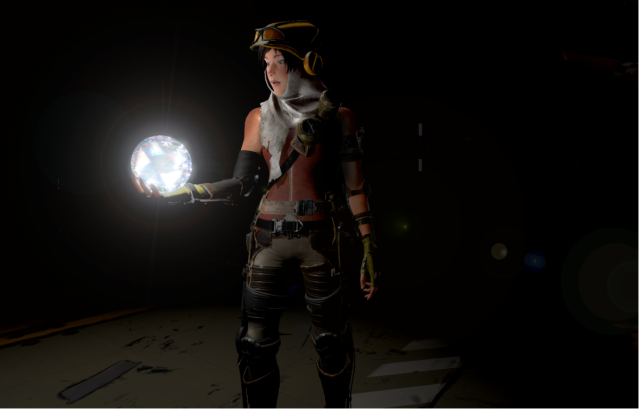 With that said, I’ll leave this point right there because the issue has been confirmed and is being dealt with by Armature in the first patch for ReCore. Hopefully, this issue will be long gone once it arrives.

The biggest issue facing the game in my opinion however is the element of grinding and forced backtracking. No spoilers but this mechanic is best seen in the final mission of the game. Essentially, Joule needs to climb a tower, though the issue here is that to gain access to each floor, she’ll have needed to collect ‘X’ amount of prismatic core items. Don’t have enough? Well, you’ll need to head back out into the wasteland to collect more. Each floor of this tower requires more and more, with the final one requiring all most all of these special cores to be collected.

It’s plain to see that this is a way to artificially increases the game’s length and in my opinion, it slowly drains the game of its fun factor. In actuality, it also makes the loading issue seem even worse due to the amount of backtracking that is needed at this point. This core restriction is fine for the optional tombs scattered around the landscape, but when it completely halts main story progression, that’s when I have a problem.

Speaking of the Corebots, while I generally love these little AIs, you can only have two on you at one time. I simply don’t understand this restriction because all four are very useful and required in order to do certain things. The game doesn’t telegraph which two Joule should use, so it’s entirely possible that players will need to backtrack in order to swap them out again.

The same goes for the cores themselves, as Joule ultimately finds 4 bots, but only has three cores to use. Players will need to swap one of the cores to use the fourth bot, so again, you’ll need to backtrack to a workbench found in Joule’s base to swap them. This restriction is really unfortunate as backtracking resets the enemies walking around as well, so you’ll be fighting the same creatures often.

Speaking of backtracking, you’ve collected a few cores and now you want to upgrade your bots. Well, prepare for more backtracking as upgrading can only be done from Joule’s workbench from her crawler base.

Odd side note. The fifth and final bot Joule can recruit is kind of a tank robot. Players can see this thing in the background of the box art and most promotional items. What’s strange to me is the fact that it’s actually missing from the game entirely. I was surprised to see the game end with no mention of this bot even though it is clearly featured everywhere. True, this fact really doesn’t impact the game in anyway, just a bit strange in my eyes.

ReCore is a solid game enhanced with fantastic ideas that unfortunately are held back by a few technical issues and a finale that really didn’t need to be as lengthy as it was. All in all, the price point is perfect and I now understand why Microsoft went that route. It’s hard to fault a game that isn’t being sold at full price, and for what I got, I’d happily pay it again. ReCore may not be on everyone’s game of the year lists for 2016, but it is a fun experience and one I’m glad I took.

While the ending didn’t feel entirely satisfying, setting up either a sequel or story DLC, I’d still love to see where this franchise goes from here, especially if Armature and Concept use the feedback to improve the experience as a whole if a sequel is planned down the road. There’s a ton of potential here, and I’d love to see what the teams come up with next.

This entry was posted in Feature, Opinion and tagged games, Opinion. Bookmark the permalink.