My Thoughts On The Recent Splinter Cell Rumors

Could Sam Fisher be making a come back?

For those who didn’t hear the (potential) news, rumors have begun circulating that Ubisoft has a new Splinter Cell in the works. As a big fan of the franchise, this makes my heart swell. Splinter Cell Blacklist was a great return to form for the franchise and I was always hoping that we’d see a new entry finally arrive for the “next-gen” consoles, even if it was simply a Remastered version. If the rumors are true, then it looks like that next generation version may be happening after all.

The rumor also mentioned another aspect that kind of threw me for a loop. In addition to the new Splinter Cell entry, veteran voice actor and the man behind the vocal chords for Sam Fisher, Michael Ironside, was also mentioned as making a return to the franchise. While nothing was mentioned specifically about his role, it’s easy to assume that he’d be taking up the Fisher mantel again.

Here’s the thing though. What’s odd about this part of the rumor is that Ironside effectively retired from the role after Splinter Cell Conviction. As Blacklist was entering development he opted to pass the torch for Sam Fisher to his protege, Eric Johnson. The major reason for this move, from what we heard, was that the development of the game required someone who could not only speak the lines, but act them out as well. Obviously, having to perform various parkour and aggressive combat moves were probably big reasons why Ironside wasn’t interested in continuing with the role.

That’s the big reason why the Ironside stuff doesn’t make sense. With the state of the art facility at the Ubisoft Toronto studio, there’s absolutely no way the next game in the franchise wouldn’t continue in the same way as Blacklist, which means Ironside would have to hit the mocap studio. If he didn’t want to do it 3 years ago, what changed now suddenly? While I’m excited over the news of a potential new Splinter Cell, I can’t see Ironside returning to the franchise without some major shake up in the story. Could Fisher be in more of an administrative role in a new game instead of being an active field agent? The character has always been portrayed as an older figure, so I guess it’s possible, but even then, it would be weird to have a Splinter Cell game without its main character being the focus. That’s really the only way I could see something like this working out where Ironside would return to take up the role. 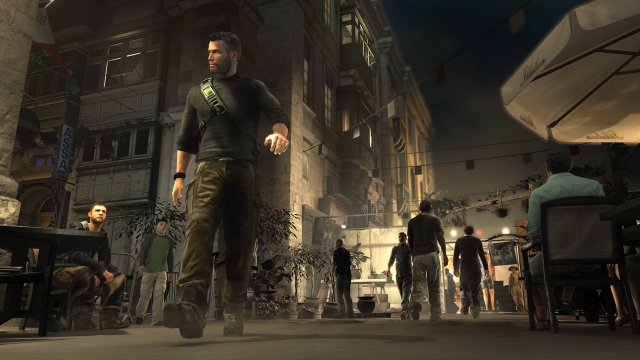 While I would argue that Ironside is Sam Fisher with his iconic voice, I had no issues with Eric Johnson, who took over the role on Blacklist. In my opinion, I thought Johnson did a wonderful job with the role and I definitely wouldn’t mind having him back on in a new game.

It is somewhat interesting to think how some of these current cinematic action games would look like these days without actors who did both the acting and voice work in mocap suits though.

Think about Naughty Dog and their popular series for a moment. It’s no secret that the studio requires actors who can both perform and do voice lines at the same time. Would Nathan Drake still be Nathan Drake if North read off the lines while someone else performed the moves in a MoCap suit? Would The Last of Us still have that emotional impact without the use of actors doing both the voice lines and actions at the same time?

I’m by no means a developer, but to me, the additional development time required to try to animate the mouth on a character around voice lines from a sound file doesn’t sound easy as compared to capturing both the actions and mouth animations from one person doing it all right then and there.

What do you make of the rumors? Are you excited about the potential return of Splinter Cell and maybe even Michael Ironside?