It’s that time of year again! With E3 2016 breathing down our necks, I figured now is a great time to take a look at some of my predictions for this year’s show. As usual, I’ve broken my picks down into three categories: sure things, 50/50 chances, and the very New England-esque “wicked longshots” which is my stereotypical way of saying this probably won’t happen but I’d love it to.

Without further adieu, here are my picks for Bethesda.

I’ll be honest here, I’m a little surprised to be writing another one of these for Bethesda this year. They’ve gone on record to say that putting on an event like they did last year wasn’t going to be an annual thing, only for when they have something big to show off. Obviously, that was Fallout 4 last year, so it begs the question, what do they have in store this year that warrants another dedicated show? We all know Blink 182 is going to be there, but what else?

That is the question, my friends. So in an effort to answer that question, here is what I’m expecting to see from Bethesda.

Lengthy Dishonored 2 Gameplay Demo – To me, this is going t be the headliner this year, so I’m expecting a big feature showing off a new trailer and a big gameplay reveal. Game Informer helped set the table last month with their cover story, but fans are now going to see this thing in action for the first time. I wouldn’t be surprised to see gameplay centered around both lead characters, helping to show the differences between the two.

Machinehead Games Next Project – The gang that rejuvenated the Wolfenstein franchise is long over due to reveal what they’ve been working on. I’d be absolutely shocked if their next game isn’t given any time, and I wouldn’t be surprised to see a return to Wolfenstein either with a sequel or maybe even another take on the franchise.

The Elder Scrolls V: Skyrim Remastered – I am a little surprised that this is a thing, but there’s a ton of rumors flying around lately and a listing that appeared recently that pretty much confirms this is a thing. Expect a trailer and the phrase “Definitive Edition” used. 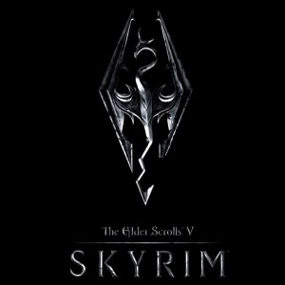 Elder Scrolls Online – Last year they offered money as an incentive to join up and play the game. What will they do this year?!?!

Fallout 4 unannounced DLC – Personally, I feel like Bethesda isn’t done with this behemoth even though technically the season pass content has been delivered. Whether or not that is true is anyone’s guess. I wouldn’t be surprised to see new content coming soon to the game just as how not surprised I’d be to not see any Fallout 4 news either.

Prey 2 Resurrection – What a journey it has been for this game. For those who don’t know, the original Prey was a PC, Xbox 360 first person shooter by Human Head Games back in 2006. It was received pretty well so a sequel got underway and was officially revealed in 2011. Players would be a U.S. Marshall involved in a place crash that happens in the first game, but eventually becomes a Bounty Hunter on an alien world. As strange as this premise may sound (I’m leaving out some details), the gameplay looked really cool. Unfortunately, things between Human Head and Bethesda (ZeniMax Media) got really messy, eventually leading the game to be cancelled.

As these things go, rumors have been popping up about the game being moved around to various studios, basically insinuating that while Human Head is no longer involved, Bethesda is still interested in making Prey 2 happen. With E3 2016 nearing, the rumors have been heating up about this game making another appearance.

Battlecry – Ah, bet you forgot about this one didn’t you? For some reason, I didn’t. I have no clue what state this game is in at the moment. I think they announced a beta sign up last year, but for the most part, the game has been pretty silent for an entire year. Does it still exist? Has it been canned? I’m not sure we’re going to get answers at E3.

Bethesda Game Studios Announcement – The studio that gave us Fallout 4 is no doubt working on something new, potentially Elder Scrolls VI related. We all know that they enjoy taking their time on these things, so is it too soon to reveal something? Probably.

This entry was posted in E3, Feature and tagged E3 2016, Feature, games, Opinion. Bookmark the permalink.