Need a refresher on The Gamer Crash Awards or want to see the previous winners so far? Catch up here!

The line seems to be starting to blur between massive AAA productions and what many would consider to be smaller indie style games. 2015 was another great year for the downloadable content side of things, with major titles getting supported by stellar add-ons and also developers releasing great stand alone downloadable titles.

What lies below is a list of my favorite downloadable games and content from the year that was. As much as I love playing video games, I’m a one man show over here so I obviously can’t get around to everything. What I’m trying to say is that this was a great year for downloadable titles and DLC, so don’t be surprised if some of your top picks are not present below. I just couldn’t get to everything. Let me know your top picks in the comments section though.

Mega Man Legacy Collection
I grew up with an NES in my home and as such, one of my favorite series from that era was of course, Mega Man. I just loved the creativity and different robot types with each new game. I was decent at the games, by no means an expert, but I loved the gameplay. For me, when Capcom announced they were packaging the first 6 games in a collection for modern day consoles and PC, this one was a no brainer. Sure, it may not have many of the “flashy extras” that many people were hoping for, the fact that I can revisit these games without using an emulator or trying to dig out an NES and hooking it up to modern day TVs is a great thing. Plus, the challenge modes are a nice touch and definitely add a nice twist on traditional gameplay elements.

Tales From The Borderlands
Yes, I know, Episode once launched late last year. I will counter that argument with the fact that Episodes 2-5 released in 2015 and are by in large better entries than the first one, so this nomination is indeed valid. And yes, I’m counting episodes 2 through 5 as one.

What can I say though, Telltale Games have managed to capture the magic of the Borderlands universe using all new characters as the leads. What’s even more impressive is that they took a traditional FPS franchise, and managed to make an entertaining, humorous, and fun adventure style game from it. Tales does have it’s own action moments sure, but Telltale manages to tell a captivating story, add in the bizarre and hilarious quirks from that the Borderlands franchise is known for, and make the player care about the characters. It’s easily one of the best games Telltale has produced so far.

Ori and the Blind Forest
There’s just something about hearing the word Metroidvania that gets my attention. So when Microsoft announced this indie title at E3 a couple of years back, I was intrigued. Well, it was either that or the amazing visuals that new developer Moon Studios was working with. I found the music to be another major element to this experience, integrating well with the action and environments on the screen. The best part for me however is the fact that like a traditional Castlevania or Metroid title, players were able to upgrade Ori through progression and backtracking. This aspect made searching the world that much more fun. Introducing players to a vibrant and fantastic world, super tight controls, a story which aims to tug at your heartstrings, and compelling gameplay, Ori and the Blind Forest is easily one of the best titles of the year, regardless of it’s downloadable/indie status.

Rocket League
This is a game that came out of nowhere for me, as I wasn’t tuned in to the pre-release marketing for it. As many people, I stumbled into this game when it launched for free this past summer for PlayStation Plus members. Little did I know that Rocket League would turn into a a gaming phenomenon. The concept is simple, it’s basically rocket powered cars that play soccer (futbol). There is something addicting about it though, and the fact that it’s constant action for two minutes make this a very popular title for players to stream. Developer Psyonix has been putting out new content for it and just recently released mutators which basically allow players to introduce different rules into matches like low gravity or other wacky things. This is a game that is capable of having a very long lifespan.

Sunset Overdrive DLC
Ah, forgot about this one did you? Even thought he base game came out last year, Insomniac put out both DLC story packs earlier in 2015, including Mystery of Mooil Rig and Dawn of the Rise of the Fallen Machines, two excellent add-ons. Mooil Rig offered players the chance to explore a rundown oil rig facility out in the middle of the ocean, while Fallen Machines took players into the heart of FizzCo Industries to strike at the heart of the cause of this mess. It was a fun way to bring the game to a close, that’s for sure. Not only did both expansion packs open up new areas to explore in the world, but they offered a new story, new abilities, new challenges, new items and weapons, and added to the already fun Chaos Squad mode. With more creative humor on display in this already colorful and vibrant world, this DLC proved to be worth waiting for.

Winner: Ori and the Blind Forest
I felt strongly about all the nominees listed above, but in the end, there’s just something special about Ori that really pulled me into the experience and refused to let go. The storyline was touching, the gameplay was compelling, and the way both the music and visuals intertwined throughout the experience was downright magical. I can’t recommend this game highly enough. 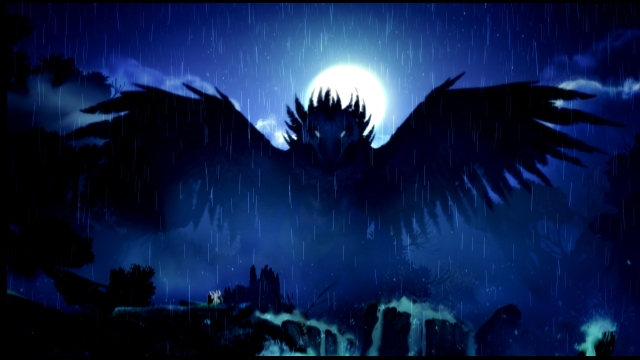