The Startling Sales Truth Of Rise of the Tomb Raider

While we don’t have specific global numbers yet, things are not looking good for the current Xbox One exclusive, Rise of the Tomb Raider. Initial reports out of the United Kingdom indicate a poor launch day showing for Lara Croft’s second major outing since being rebooted a few years ago. According to sales data, Rise of the Tomb Raider sold less than 63,000 units at retail in the first 24 hours in the UK. Ouch.

Currently set as a timed Xbox One exclusive, Microsoft has done a considerable job marketing the game, making sure the public is well aware that the game exists. Not only that, review scores have been extremely good and word of mouth has been extremely strong from people who did pick up the game having nothing but good things to say it. Normally, all of this would have led to a massive showing at retail. The perfect storm if you will. 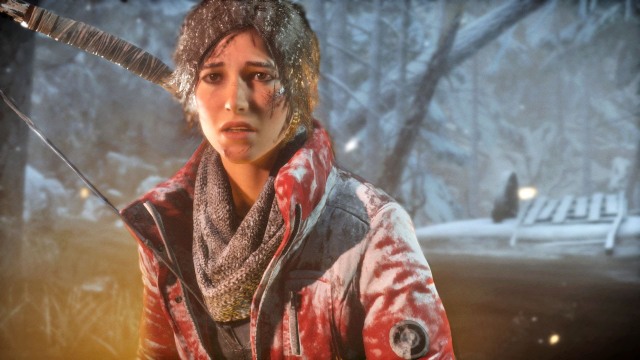 Sadly, none of that seems to have mattered in the end as the main stumbling block can be argued that the game was overshadowed by a 500lb gorilla called Fallout 4, which launched on the same day. While Fallout is a massive franchise in its own right, Microsoft believed that the two games were different enough to attract different consumers at launch. Technically that’s true, but it can be argued that the hype train for Fallout 4 has been approaching light speed ever since it’s announcement at E3 this year. With these dismal numbers out of the UK, it would appear that Microsoft was wrong in its belief.

There was probably no way to shift the release date for Tomb Raider either as Halo 5 launched just a few weeks before, then Call of Duty followed that. Two incredibly huge franchises as well. Not only that, the week after saw Star Wars Battlefront launching which is expected to pull massive numbers at retail. The following week is a major American holiday, then December arrives with Just Cause 3, and the window for the holiday rush starts to rapidly close. Microsoft clearly didn’t want to miss out on the typical holiday shopping rush including “Black Friday” by releasing the game in December. It was a tough situation to squeeze into, and they figured Fallout was different enough that Tomb Raider would have the best survival chance.

As an aside, I recently saw that a Senior producer at Sony out in the UK poked fun at Microsoft and the poor Tomb Raider showing in the UK. I’m sorry, but I find this behavior childish and unnecessary. While I enjoy playing games on all systems including the PS4, I have to admit, at least Microsoft actually had first party exclusives this time of year so I wouldn’t be so quick to talk smack, Sony. I’m starting to tire of these grade school antics, seriously.

I can only speak for myself here, but from my angle, I only have a finite amount of income and time to devote to this hobby these days. As much as I’d like to purchase every new game that comes along, I just can’t. I do plan on getting Rise of the Tomb Raider, but I had to make a choice last week and I went with Fallout 4. Even if I had purchased both games (which I did consider for a time), Fallout 4 is so massive and consuming, it would have been hard to balance both games at the same time. Realistically, Rise would have just ended up sitting on my shelf anyway, so I didn’t see the point in buying it just to say I owned it. When I do get around to it, I want to make sure I have time to devote to it. From the looks of the limit sales data, many felt this way as well.

Rise of the Tomb Raider looks fantastic and I can’t wait to play it eventually, but for right now, I’m a one game type of guy. I didn’t want to repeat the mess I started years ago when I actually purchased three games at one time: Split/Second, Alan Wake, and Red Dead Redemption. What a day for gaming that was! Trying to split time between these three fantastic games was near impossible and it is a feat I never want to attempt again…

I can’t speak for everyone, but it wouldn’t surprise me to hear that many people felt this same way. Sure, the launch numbers may have been bad in the UK, but I’m predicting the numbers will continue to trend upwards especially as major holidays like Christmas approach. Not only that, Rise of the Tomb Raider is still coming to PC and PS4 players next year (PC gets it first), so things are not certainly over yet for Lara Croft. Plus, lets be optimistic and imagine that the US sales numbers are a little better for the game. It’s a long shot sure, but it never hurts to hope.

Have any of you picked this game up? Let me know your thoughts on it in the comments.