Would You Rather: Fallout Edition

So in case you live under a rock, Fallout 4 released earlier this week and having only put two hours into the game at the time of this writing, I’m not quite ready to talk about my feelings just yet. I will say that if you’re a fan of Fallout 3 or New Vegas, then this one is absolutely a no brainer, go out right now and buy it. I’ll try to cobble my thoughts together next week once I’ve been able to dump more of my time into the game. 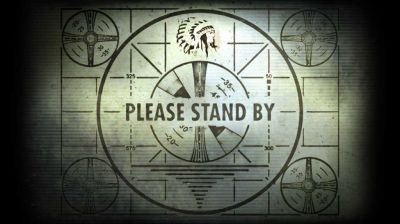 Since the game was announced a few months ago at E3, I’ve been hearing a lot of chatter over the game’s graphics. Much of the discussion has been around how the visuals in Fallout 4 are a little underwhelming, especially when compared to many recently released titles like Metal Gear Solid V: The Phantom Pain, The Witcher 3: Wild Hunt, and others. Sure, I can see some of that after playing the game, but honestly, I think it still looks great. It’s not the most visually stunning game, but Fallout 4 is certainly a step up from Skyrim and Fallout 3 any way you slice it.

With that said, it got me thinking a little bit about the future of the franchise. So I present a question to you, dear reader. A “would you rather” style question of sorts in regards to where Bethesda should take the franchise going forward. I’m curious to know your thoughts on the matter.

See the next Fallout game stick to what works?
This is basically the “If it ain’t broke” approach, which we all know works extremely well for this franchise. These games are massive sellers so it would be really easy for Bethesda to simply stick to what works. Essentially, they’d only need to make a few tweaks to the visuals and focus all of thier time and attention on the gameplay elements in this massive open world.

Instead, have Bethesda overhaul the engine so the graphics get a substantial boost along with character models and animations?
This would be the extreme option, one that I know some people would be in favor of. With choice two, Bethesda would instead completely overhaul the graphics engine, making the next Fallout game one of the best looking titles available and feature character models that are not only more detailed and lifelike, but have better animations and facial expressions.

Keep in mind, option two would also require that certain elements be scaled down, I mean, there’s only so much RAM to go around. At a cost for these shiny new graphics, the world may have to be a tad smaller and certain elements like the ability to pick up almost every thing you see would have to be scaled way back if not removed entirely. You could still have some items that players could pick up and interact with, sure, but the ability to pick up anything like plastic trays to coffee mugs, would have to be scaled back. Still, you’d get basically the same Fallout experience in terms of gameplay in a huge open world and tons of content, just not as much as the previous games. Hey, if CD Projekt RED can somehow mash 200 hours of content into Witcher 3 and make it that gorgeous, then Bethesda should be able to still make magic on a visual heavy Fallout as well.

3 Responses to Would You Rather: Fallout Edition