It’s been a while since we’ve cranked up the volume here on soundtrack central and with me away on vacation and half of 2015 already over, I figure there’s no better time than the present.

For those who don’t know, Soundtrack Central is the place bringing you some of my favorite music from recently released games. Since it’s been a while since I’ve created a new post (it’s been a year almost to the day?!?!), I’m taking the opportunity to reach back from the first half of the year.

As we all know, not only can a poor soundtrack bring down the entire experience, in some cases, it can even elevate the core game beyond expectations. Below I’ve grabbed four excellent games in their own right, but have that little extra something thanks to an engaging and interesting soundtrack to go along with the gameplay. There’s been a ton of stellar releases so far this year, so for now, think of this as part one as we take a look at a handful of games which will make your ears smile.

The full list of awesome tunes can be found after the jump. Enjoy!

The Witcher 3: Wild Hunt
With a game this size, you’re definitely going to be spending a good amount of time running around the world. Thankfully, the soundtrack to this one is stellar, making the hours you dump into the game, all the more pleasant. The music fits the game like a glove as a full orchestral score drives home what’s happening on the screen in front of you. The Witcher 3’s soundtrack also has a distinct Celtic and folk sound to it, utilizing traditional orchesta instruments and mixing them with some really old school and somewhat forgotten ones like the Byzantine lyra, the long-necked lute, or the davul. “Geralt of Rivia” gives off a theme of epic power setting the tone for players with driving percussion and lively string instruments coming together. “City of Intrigues” is another standout featuring tense violin work, pounding drums, and a touch of folk tying everything together nicely. Finally, make sure to listen to “Ladies of the Wood” to really get a feel for some of those long and forgotten instruments I mentioned about. This track is especially haunting.

Composers Marcin Przybylowicz, Mikolai Stroinski, and the band Percival have put together an engaging and wonderful soundtrack which easily rivals some of the best fantasy soundtracks out there.

Definitely listen to:
The Nightingale
Geralt of Rivia
Silver For Monsters
Ladies of the Wood
City of Intrigues

Splatoon
This one is very much Nintendo. It’s fun, up beat, and fits the frantic gameplay incredibly well. Not only that, the vocals are made up of gibberish sounds rather than real words, which also lends itself to traditional Nintendo games. Composed by Toru Minegishi and Shiho Fujii, the music relies heavily on a upbeat rock sound so expect lots of rhythmic drums, heavy bass, and roaring guitars with electronic sounds layered in. It’s also amazingly catchy, so be prepare to have each song firmly stuck in your head for a while. For an online shooter, it feels right at home among the chaos. If running around shooting vibrant colored ink as a kid/squid could be called chaotic. Some may lament the addition of the gibberish lyrics, but overall it fits the game’s theme and world. So far I haven’t found an “official” soundtrack released anywhere so forgive the generic titles for each song below. Don’t be fooled however, all of them are worth a listen. 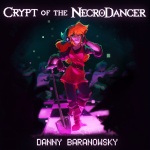 Crypt of the Necrodancer
When you have a composer like Danny Baranowsky putting together music for your game, you know you’re doing something right. If you’re familiar with his past work, Necrodancer will seem right at home with catchy melodies and an electronic sound that will keep your toes tapping. A great starting point for anyone is Tombtorial, which will immediately get your ears ready for more. The few of the songs within the soundtrack have a Hot and Cold version of each song, and while they’re the same song, each version has a different sound to it, whether it be the tempo or instrument choice. See “A Hot Mess” and “A Cold Sweat” for an example of what I mean. Whats even better is that the soundtrack features alternative versions of each track with the Shopkeeper adding his nonsensical lyrics to each track.

Ori and the Blind Forest
Not only does Ori feature amazing visuals and tight gameplay, but the music is pretty fantastic as well. Put together by Gareth Coker, the soundtrack hits all of the emotional tones set forth by the game. Featuring heavy usage of woodwind instruments and subtle piano work, the music flows wonderfully to the gameplay happening on the screen. “Ori, Lost in the Storm” sets an emotional tone for the rest of the game, featuring vocals from Aeralie Brighton on top of fantastic piano work and a full orchestra. “Fleeing Kuro” is another standout track with a hurried tone, pounding percussion beats, and strong woodwind work. Overall the soundtrack is atmospheric and emotional. A great listen.

Definitely listen to:
Calling Out
Ori, Lost In The Storm
Fleeing Kuro
Restoring the Light, Facing the Dark
Conundrum

This entry was posted in Feature, Opinion and tagged Feature, games, Opinion. Bookmark the permalink.