E3 2015: My Favorite Announcements and Surprises

With the amount of leaks and reveals we’ve seen prior to this week, I figured E3 this year would be devote of some big shocker or cool moments. Sure, it’s always nice to get a heads up before hand to help propel the hype leading up to the big show, but sometimes getting a nice surprise out of nowhere is pretty cool as well. 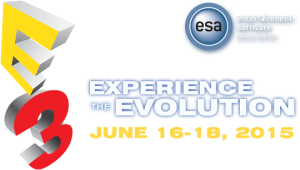 Thankfully, many of the annual press conferences this year had a number of announcements and games that somehow managed to avoid detection. As such, I’ve picked some of the cooler news and games which were announced earlier this week and compiled them into a handy list.

Here are some of my favorite announcements and surprises this week in no particular order. Click the jump for more:

1. Xbox One Backwards Compatibility
Considering both Microsoft and Sony have been feeding us lines that neither console could possibly do this for a few years now (even as far back as the PS3), it was hugely surprising to see Phil Spencer take the stage to reveal this news. The details are still somewhat limited and I’m not 100% on how it works just yet, but there seems to be some sort of list of compatible games. Microsoft promises to expand the list often, even setting up a website for fans to vote for which games they want added to the service. Certain companies like Ubisoft are even jumping on the backwagon, offering both Rainbow Six Vegas titles as bonuses for players who buy Rainbow Six Siege on the Xbox One.

2. Ghost Recon Wildlands
It seems like Rainbow Six and Ghost Recon are always alternating, so I figured since Rainbow Six is the IT game right now, Ghost Recon would be on the shelf for a year or two at least. Turns out, Ubisoft Montreal doesn’t need to worry about this one as Ubisoft Paris revealed Ghost Recon Wildlands during the “One more thing” segment of Ubisoft’s press conference. Unlike previous games, Ubisoft has promised that Wildlands is going to be a “a massive, dangerous, and responsive open world.” Based on that trailer, I can see where they’re coming from.

3. Dishonored 2 Has 2 Protagonists
In a reveal which was spoiled the night before during a live stream test, Arkane Studios confirmed that Dishonored 2 is a real thing and coming next year. The surprise here in the newest trailer is that there’s a new protagonist in town, namely Emily Kaldwin, princess to the Dunwall throne and daughter of Corvo Attano. While Emily looks like a super badass, Arkane also revealed that Corvo would be returning as well, giving players the option to go with Emily or Corvo during their paythrough. 2016 can’t come soon enough.

4. Sony Drops A Triple Bomb
While we were aware that Sony wouldn’t have a ton of ammo for 2015, that didn’t stop them from once again dropping jaws. Not only did the company open their show with The Last Guardian and confirm that it’s coming out in 2016, but they also showed off a trailer for an actual Final Fantasy VII remake and featured Yu Suzuki’s Shenmue 3 kickstarter campaign. Three things that have been requested for ages by gamers are finally coming true. Unreal!

5. Ubisoft Reveals For Honor
While Ubisoft is known for sequels and their stable of IPs, they changed things up a bit by announcing For Honor during the show. This interesting title pits Samurai, Knights, and Vikings against one another as a 4v4 game which to me, looks like a MOBA wrapped in Dynasty Warriors. Ubisoft promised that the action would be visceral with players feeling the weight of the weapons in their hands. The demo impressed me and hey, it’s always a good thing seeing a new IP from Ubisoft.

6. Horizon Zero Dawn
I had a feeling Guerrilla Games would be showing off their new IP at Sony’s presser and they did not disappoint. Following The Last Guardian demo is no easy task but Guerrilla knocked it out of the part with their gorgeous third person game, Horizon: Zero Dawn. I’m not 100% up on the details but it looks like mankind has fallen as nature has started to reclaim big cities. The remaining civilization is scattered and reverted back to being sort of hunters. Interestingly enough, robots roam the land, with humans going out to hunt them. The gameplay demo introduced us to a redheaded female warrior who gets attacked by a giant T-Rex looking robot. After a badass fight, she takes it down. I can’t wait to see more from this.

7. Super Mario Maker
When it was announced last year as just ‘Mario Maker’, I was on board. Being able to craft your own Mario stages and then sharing them across the internet sounded like a no brainer. This year, Nintendo revealed that the game grew in scope taking on the moniker “Super Mario Maker” and adding in the ability to make games set in Super Mario 3 and Super Mario World as well. Not only that, players can use Amiibo to change Mario into sprite based versions of that Amiibo. Luigi, Wii Fit Trainer, Marth, and more to name a few. With some truly inspired and crazy levels on display this week, I can’t wait to get my hands on this one.

This entry was posted in Feature, Opinion and tagged E3 2015, games, news, Opinion, PS4, WiiU, Xbox One. Bookmark the permalink.

2 Responses to E3 2015: My Favorite Announcements and Surprises