There’s no denying that rage quitting is a massive problem faced by fighting games these days. Whether due to someone who hates losing, is a poor sport during a long combo or fatality, or caused by a bad internet connection, that fact is that matches ending earlier than expected sucks. 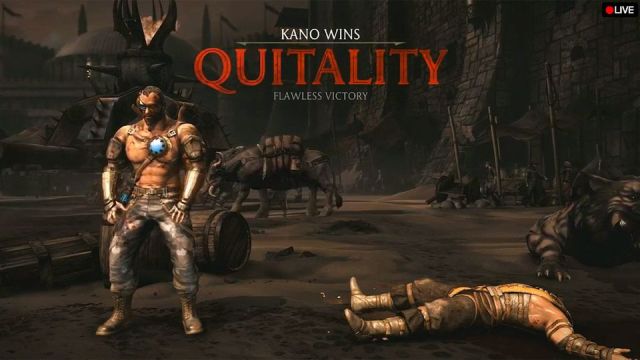 The answer to this problem has proven to be tough to figure out for developers as well, with games instituting all sorts of punishments including locking that player out for X amount of time, forcing them to play other players who commit this act, or some other regulation taking effect to limit this behavior. There doesn’t seem to be a universal solution.

Mortal Kombat X however, has a different idea.

Instead of levying harsh penalties on players, if someone decides to quit a match before it ends, their character’s head will explode and give an instant win to the other player. Known as a “Quitality”, this is NetherRealm Studio’s idea to glorify the winner rather than institute hard penalties on the quitter.

I think this is a cool idea mainly because it’s simple, quick and effective. The Quitality kind of highlights the non-quitting players, making them feel good and at the same time it allows the offending player can still continue to play. The benefit here is that the rage quitter still gets a loss so it still acts as a sort of incentive to not continue quitting early.

I’m not someone that typically goes online with fighting games for fear of getting absolutely wrecked. I enjoying playing fighting games, but I just don’t have enough time to devote learning everything about specific characters. Still, I like the idea of Quitalities.

For you online players, what do you think about this addition? Is this a good solution to a major problem?