There’s absolutely no shortage of downloadable content for games these days. Add-ons, expansions, pre-order bonuses and additional optional purchases are all a standard of the games industry potentially resulting in consumers easily spending as much as another full priced game when all is said and done. CD Projekt RED on the other hand, the guys behind the Witcher games and the upcoming Cyberpunk 2077, have recently come out to detail a little bit more about what they’re planning for The Witcher 3: Wild Hunt. Spoiler: they want to break the paid cycle. 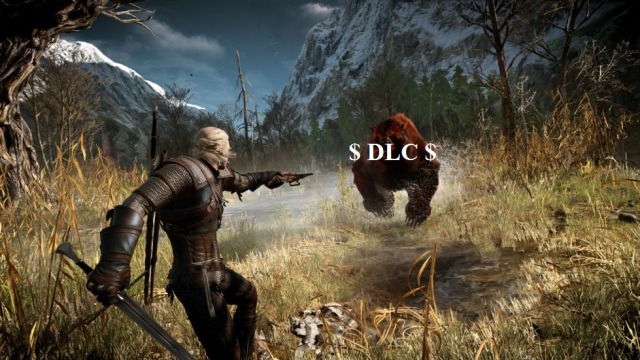 While we already know their stance on DLC considering they’re so vocal against the practice, co-founder and CEO Marcin Iwiński confirmed to IGN that they’re planning on releasing 16 DLC packs post launch for the game. Their aim is to make a statement against paid DLC in the industry while also rewarding people who purchase their game. Think of it almost like a big “Thank You” for placing your faith in them. Now, not all DLC pieces are going to be massive content updates so don’t expect 16 full expansions or anything like that.

Frankly, in an era where paid DLC add-ons and possible content being withheld behind some sort of pay wall is becoming the norm with this industry, I find the stance CDPR is taking both surprising and refreshing. I mean, reading some of the quotes, they seem very genuine and happy that you’re even considering their game. For example:

“And maybe the ones who thought about pirating would not pirate it,” Iwiński added. “Maybe the ones who wanted to trade it back and get something else will keep it on the shelf. That’d be great, I would like this to happen and if not that’s fine as well. I hope they’ll have fun.”

I mean, isn’t that just awesome? They’re cool with whatever as long as you have fun.

In addition, Iwiński added that when searching for a publishing partner, the majority of them pushed them to add a multiplayer mode or add multiple playable class options to which the studio shot down immediately. I’d ransom a guess that these publishers aren’t to familiar with The Witcher or the past games. I’m glad CD Projekt didn’t compromise their vision and stuck to their guns.

It’s a wild change of pace from what we’re normally thrown with all these season passes, map packs and the like. Granted, I’m not anti-DLC or anything like that and I will partake in post-released content if it appeals to me, but I absolutely respect what CD Projekt RED is going for here and it really makes me want to support them. I had trouble getting into Witcher 2, but I’m truly hoping that Wild Hunt grabs me from the start. They seem like a group that loves playing and creating games and want that to mirror their development habits around what it is to be a fan of games as well. I can definitely respect that.

This entry was posted in News, Opinion and tagged games, news, Opinion, PC, PS4, Xbox One. Bookmark the permalink.