As some of you may know, I have a lengthy backlog of games and only a small window of time in which to play. That’s one of the disadvantages of becoming a functional adult human being.

If you read my annual Gamer Crash Awards (catch up with these handy links: HERE and HERE), I’m sure you picked up on the fact that some of your favorite games were not represented on any of my lists. That wasn’t a mistake. I pride myself on including games that I’ve managed to play because frankly, how can I judge something if I haven’t played it. It wouldn’t make sense and it would be dishonest on my part.

Thanks to the holidays, I’ve come across enough time to actually play a number of games that missed the cut off date for my awards back in December. If I had a time machine, I’d definitely have some additions to each of the lists. Luckily, with writing, I don’t need a time machine, so I’m going back to revisit and “amend” each category.

Sorry Nintendo fans, I still don’t have a WiiU or 3DS so I’m afraid you still won’t see any of those titles down below even though I know I would have definitely added a few at least. Ah well, all in good time right? For now, feel free to pretend your game of choice is listed.

So without further adieu, here are my award amendments…below the break:

Dragon Age Inquisition
While the game is excellent on all accounts (see below), the aspect that took me by surprise the most was the soundtrack. I expected a somewhat forgettable fantasy style sound to it, but what I got instead was a thrilling, dynamic, and strong sounding music. The theme song alone does a great job at hyping you up even before you advance off of the main menu once the pounding of the drums and rising crescendo of the orchestra really kicks in. Composer Trevor Morris really knocked this one out of the park with a beautifully dynamic soundtrack that simply elevates the world of Thedas to be something more than just a place in a video game.

I recommend you listen to it with the volume up in surround sound if possible.

Game of the Year

Dragon Age Inquisition
Probably the most obvious addition here considering that nearly every outlet is giving it Game of the Year praise. For me, it’s omission was strictly due to timing and nothing else. As expected, I’ve fallen deep into Inquisition, trapped by it’s compelling and diverse characters, absolutely massive world, and engaging story line. It really is the definitive Dragon Age experience, combining everything great about the first two titles and even being able to carve out a section for it’s own ideas. Ultimately, Inquisition manages to make the previous two games look like mere child’s play. Frankly, it’s an absolute must play, though make sure you under stand that you’ll owe this title at least 60 hours of your life when you press the start button on your controller. So far it’s been time well spent.

Diablo III: Ultimate Evil Edition
I’ll be honest here, Diablo III isn’t a new game so it’s questionable that I even include it here. To counter that though, I have the advantage of saying that the Ultimate Evil Edition came out August 2014, so by that logic, I can add it. This isn’t a game from my backlog but one that I just plain forgot to add. I’m placing it to the “Surprise” list because Diablo III disappointed me when it first launched for the PC. I did in fact play it all the way to completion but soon dropped the game due to the lack of major hooks and the fact that my PC struggled to run it at a usable state. I know the PC version went under radical changes through patches and the game even made it to “last gen” systems but when I heard it was being worked on for the new systems, I decided to hold out. What I found was a rejuvenated version of the PC title complete with the patch additions and first expansion. The controls are mapped wonderfully to the controller and I had a great time running through the story again and then the Adventure mode after. It may not be Diablo II, but it’s still an addictive and fun experience to be had. 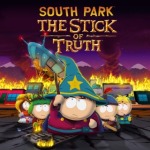 South Park: The Stick of Truth
I’ma casual South Park fan at best. Sure, I’ve seen a bunch of episodes over the long run that the series has enjoyed, but I’m not a person to carve out time to make sure I’m in front of the TV for a new episode each week. It’s probably because of that fact that I overlooked this one when it released back in March. Thanks to the recent Holiday Steam Sale and the positive buzz from the past year, I decided to pull the trigger and pick this one up and frankly, I’m glad I did. If you’re a fan of the show it’s a no brainer but for someone like me, I found the game to be downright funny and the gameplay equally enjoyable. It comes from Obsidian Entertainment, folks who know RPG style games (Fallout: New Vegas, Star Wars: Knights of the Old Republic II, Neverwinter Knights II) and the attention to detail for the world of South Park is astounding. I may not get every reference, but so far, I’m really enjoying my time here. Money well spent. 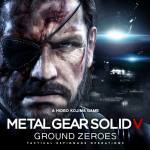 Metal Gear Solid V: Ground Zeroes
Another confession for you: I’m not a Metal Gear player, which even is odd to me simply because I really enjoy stealth action based games like Splinter Cell for example. I’ve seen plenty of people play the series, though my first entry point into the world of Sony was with the PlayStation 3 so my opportunity to jump into the franchise has been limited. During the holiday season, Ground Zeroes was on sale with a big discount and I managed to grab it for around 6 bucks. Again, money well spent because I’m having a ton of fun with this game. Yes, it’s a relatively shorter experience due to the game being a sort of prologue to The Phantom Pain, but the game does encourage continued replays with new missions being unlocked through finding hidden collectibles. The small sandbox lets you play how you want and even though I have no idea what’s going on in the story, I had a lot of fun toying with the enemies on the map. At the very least, Ground Zeroes will certainly get you ready for the main game when it releases sometime later this year.