Destiny Expands into The Dark Below on December 9

I could and frankly should start this article with a manifest destiny joke, but I’ll save you from that.

As we’ve all been aware, Bungie has promised a couple of downloadable expansion packs for their recently released shooter, Destiny. Yesterday, details finally released about what players can expect to find when The Dark Below finally strikes the PlayStation and Xbox platforms. 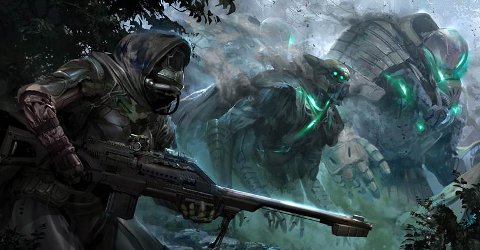 Taking place on the Moon against The Hive, players will face off with the creatures in three new campaign missions detailing how they plan to resurrect the old god, Crota, in a plan to wipe out humanity on Earth. What’s interesting here is that Bungie has stated that these campaign missions will handle the story differently than the core game (which is basically not at all) in an effort to fix the almost universal negativity towards that aspect of Destiny. With The Dark Below, Bungie hopes to address that major issue by adding strong story-telling elements in this expansion through the new character Eris in the Tower. Hopefully, this will finally start to tie together the solid gameplay with the very subpar plot. At the very least it shows that Bungie is indeed listening and is aware of Destiny’s shortcomings.

In a discussion with Eurogamer, Bungie Studio Head Harold Ryan had this to say about what they’re looking to achieve in this first expansion:

“What you’ll see in this expansion, it’s going to be a very different approach to telling a new story to players than the thematically-driven story from the original launch of the game. It’s going to feel much more loot driven and story driven in that it’s going to feel faster-paced with more action as you go through it, and with exposition. The important thing about Eris is, this story is going to be her story, and she’s going to send you on a mission that’s a lot of fun.”

Outside of the story missions, the light rank will increase from 30 to 32, a wave of new gear (including exotics) is being added, a new Strike and Raid mission where you’ll (more than likely) face off against Crota himself, and 3 additional PvP Crucible maps. If you’re on a PlayStation system, you’ll get another Strike called The Undying Mind. Don’t worry Xbox users, all of this PlayStation content will be yours Fall 2015. Just a…little…bit longer to wait.

Players will finally have access to this content on December 9 for $20 or free if you picked up the season pass already. With that said, I’m curious to know what you guys think? Disappointed in the content offering, moved on to other things, or are you ready to dive in feet first? Let me know in the comments.

This entry was posted in News and tagged games, news, PS3, PS4, Xbox, Xbox One. Bookmark the permalink.