It’s a new day and a new community post for you to enjoy! Today’s entry comes from…well…actually, it’s my day so what’s below is my contribution. I’m going to be taking a closer look at Mario’s legacy to the platforming world through his levels. With the month of February coming to a close (so quickly?), the gang and I over at United We Game are doing something special to close the month out with a bang. Every day this week, a new post from a different author will show up here sharing their thoughts on the fun and fantastic levels from the Super Mario franchise. So jump on in and enjoy the Mario Mania all week-long! 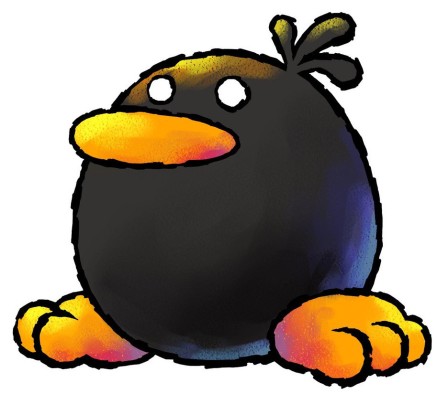 My childhood was dominated by Nintendo, it’s fearless red plumber and his crew. My first exposure to the world of video games came when I was very young with the Nintendo Entertainment System and of course, Super Mario Bros. It’s safe to say, I was hooked for life after pushing the jump button on the controller for the very first time. I’ve gone on countless adventures with Mario from his 8 bit days, all the way to modern times so there’s a lot of material to draw from when thinking about what aspects of a franchise you love. Have you ever stopped to think about why the Mario franchise continues to be a force after all these years?

As any person who’s invested in games can tell you, the levels themselves are what make these platformer games great. I mean, think about it for a moment. Pretty much 100% of your time is spent running and jumping through them so if the levels are boring or poorly made, the game as a whole will suffer. That’s the key to understanding why Mario is consistently great. It’s the level design that shines through.

The tricky part then becomes trying to narrow down a gigantic list of Mario levels into just a handful of favorites. It’s almost like trying to pick a favorite child, pretty much impossible. So instead, I’m going to look back at some incredible innovations and trends that Mario has started by highlighting some of his bigger moments and legacy. The really interesting aspect here is that for decades, Mario has led the platforming charge. Typically, Mario innovates and others work to catch up.

Lets begin with the original Nintendo Entertainment System and the iconic title, Super Mario Bros. I think we can all agree that prior to this landmark title, the platform genre was incredibly different from what we know. Just booting up the game for the first time, you’re pretty much sent right along without any real instruction. Instinctively, you just know to run to the right and avoid enemies. As the NES ventured on we were also given Super Mario Bros 2 and 3 both of which were extremely different from one another in terms of gameplay and graphics. Each game added additional elements such as new power ups, new enemies, and more diverse bosses. For me, Super Mario Bros 3 still stands as one of the best platformers ever made. Running through those airships and defeating the boss characters for the first time was exhilarating and extremely exciting. I don’t think I’ll ever look at the sun the same way after the second world’s desert and that stupid grinning sun trying to side swipe you.

The Super Nintendo was next and with it came Super Mario World and it’s sequel Super Mario World 2: Yoshi’s Island. Yoshi’s Island to this day remains in my top 5 games I’ve played, ever. While Super Mario World really opened the door in terms of advancing the genre with it’s colorful graphics, tight controls, and engaging worlds, Yoshi’s Island took things a step further with a superior presentation on top of already addicting platforming. For one, the game looks like it was made from crayons and felt pens, giving it a unique and memorable look. What’s interesting in this game is that Mario is no longer the star as he’s pretty much rendered helpless as a baby being transported by a horde of Yoshis. As such, the controls are a bit different with Yoshi’s being able to shoot eggs and flutter jump. I can remember bosses in this game being supersized versions of more traditional creatures such as Raphael the Raven. The objective here was to run around on a rotating sphere and ground pound these pegs so they’d hit Raphael on the other side. It was as unique and different a boss battle as I’ve experienced in a platformer. It’s also the first gameplay moment that comes to mind when I’m thinking about Yoshi’s Island.

If you want innovation, look no further than Super Mario 64. It’s amazing to think where we’d be without this title. Mario 64 pretty much kicked off the 3D platformer generation, as other titles worked to try and capture that magic which Mario had unlocked on the Nintendo 64. Seriously, without this game where would Crash Bandicoot, Spyro, Bajo-Kazooie, Rayman and others have gone in this era? It’s a hard thing to imagine. Using Princess Peach’s castle as a hub world, collecting starts to unlock new sections, and jumping into and out of paintings to access new levels was pretty much genius. Obviously, Bob-omb’s Battlefield, the first “level” you’re given access to, stands out because it really marks the first time you’re allowed to experience Mario in a 3D world. I can still remember grabbing the wings which let you fly around the level. For a person growing up in the 2D space with Mario, this moment really blew me away. The genre of “platformer” really evolved after this title.

I’m going to jump ahead next right to the Nintendo Wii as Nintendo delivered one of the most unique experiences I’ve ever played when they released the Super Mario Galaxy games. As usual, Nintendo used Mario to once again push the boundries on what people though were possible with platformers. The twist with “Galaxy” is that Mario is now in space and could visit all of these different galaxies each with their own unique themes. Some were more traditional platform style worlds while others could have Mario running around on a true 3 dimensional shapes. Better yet, Galaxy tapped into a completely new physics system which allowed each celestial object to have it’s own gravitational force letting the player walk sideways, on the ceiling, or run completely around the object. The Honey-Hive Galaxy still stands out not only for the introduction of the bee suit, but because it was the first galaxy to really remind me of a traditional 3D Mario world in this title. It was a nice break from all the planet hoping at that time.

To me, Mario remains timeless because of the thoughtfulness put into each one of his levels. If you’re someone who has played at least one Mario game in your life, I’m sure you can pick out one or two levels that really stuck with you. That’s some incredible magic and a rare quality that Nintendo is able to tap into game after game. Mario has given us some amazing adventures and memories through the years and here’s to many more to come!