While EA and DICE continue to chip away at the server issues and crashing that currently plagues the game’s multiplayer, the content keeps rolling on for the first person shooter. China Rising is the next expansion and is coming sooner than you may think.

Players were treated to the Second Strike DLC pack last month, featuring redesigned maps from Battlefield 3, and now the next round of DLC is almost ready for download this month. Lets have a look at what’s included in this content pack, shall we? 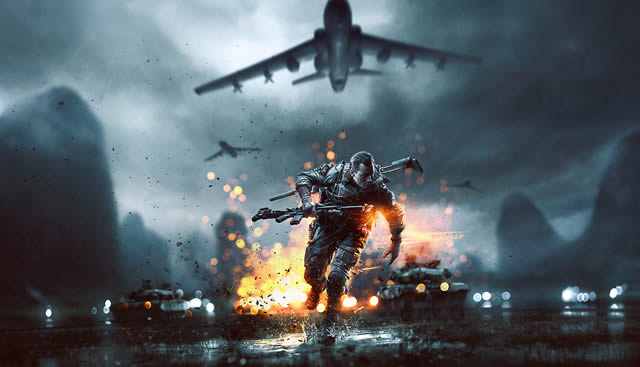 China Rising sees the return of the dirt bike vehicle along with the Air Superiority game mode from Battlefield 3’s End Game expansion. China Rising also features four brand new maps: Silk Road, Altai Range, Guilin Peaks, and Dragon Pass all featuring a control point in the center that when captured gives that team the ability to deploy an aerial bomber jet. Sadly, the signature “levolution” effects from the core game are missing here. With this expansion, you’re also getting ten new assignments and five new weapons including MP7, MTAR-21, RPK-74M, L85A2, and the L96A1 many of which you may remember from Battlefield 3.

There have been many reports that this DLC causes additional crashing and connection issues for players, so for the time being, I’d be hesitant downloading this until DICE releases new patches. I hate to admit it, but this isn’t a new trend for the shooter as I experienced similar issues in Battlefield: Bad Company 2 and even Battlefield 3 during it’s release window as well.  Hopefully EA and DICE will have sorted out the various issues that are affecting the majority of players soon because when it works, I’ve heard nothing but good things from people currently playing. China Rising is available now for you premium members and it’ll be available for everyone else on December 17 for $15.