This is probably my favorite category in this entire awards season as one of the pillars of a great game is in the soundtrack.  If you’re going to spend 8+ hours of your time with something, doesn’t it make sense for your ears to have a great experience as well?  The soundtrack is so important that can also be a detriment and mar an experience if not done right.  Don’t worry about that however as for this category, each game below represents my favorite from this past year.

and the nominees are….

Pid
While the game itself left many reviewers divided, the soundtrack certainly stood out.  Similar to what Max Payne 3 did this year, Pid was scored by a live band known as Retro Family.  They managed to create a really melodic and memorable soundtrack to the game almost harkening back to the old NES days when the music would also be a main focus.  The biggest thing for Pid’s soundtrack is being able to hear the specific instruments clearly as they play along with what’s happening on the screen.  During action sequences, the rhythm picks up and as the drum tempo increases to match.  Same can be said for exploration sections where the pace is slowed giving the sound a sneaky type of feel to it.  The music in Pid has a real cool vibe and the added element of actual instruments makes this soundtrack really standout.

Darksiders II
THQ reached out to Jesper Kyd, pulled him on to this project and ultimately, the game was way better off for it.  In fact, it blows the first game out of the water.  Kyd’s music fits the theme and landscape perfectly infusing a creative and whimsical touch and fusing it with some dark undertones.  This gives the overall sound an almost haunting quality.  Kyd brings his trademark sound to the game mixing digital and electronic sounds to more classic instruments like the guitar for example.  It’s classic Jesper and really elevates an already strong game.

Sound Shapes
I mean, all you really need to do is look at the composer list and then you’ll understand why this game is up here.  Featuring original tracks from Beck, Jim Guthrie, Deadmau5, and I am Robot and Proud, Sound Shapes goes a step further by making the world come alive as if it’s being powered by music itself.  Every action, enemy, and event that you see creates some sort of tone, rhythm, beat, or sound that by the end of the level, all of these elements come together to create a wonderfully crafted song.  For a game that is clearly inspired by music, how could it not be listed here?

Mass Effect 3
The final chapter in Commander Shepard’s trilogy ended with a bang with a big part of that due to the fantastic soundtrack.  With Jack Wall leaving the project, many fans were worried but thanks to series regulars like Sam Hulick, Cris Velasco and Sascha Dikiciyan with support from Clint Mansell the soundtrack really soared.  The best example is Mansell’s only track, “Leaving Earth” which mixes strings, orchestra, piano and some well placed loud brass elements.  It’s a track that is played often at key moments and I guarantee will stick with you.  Intensity is also a good word to describe the rest of the soundtrack, lending electro-acoustic elements very well to the action on the screen.  If you’re a fan of the series or sci-fi inspired sounds, the Mass Effect 3 soundtrack is a great listen.

Borderlands 2
While I enjoyed the first games sound, after playing through BL2, it just didn’t compare at all.  I found many of the tracks in Borderlands 2 memorable and stuck in my head long after playing.  Similar to the first title, this soundtrack brings together many different composers including Jesper Kyd, Raison Varner, Cris Velasco and Sascha Dikiciyan.  While you think this may create chaos in terms of consistency, that really never comes about.  It really works.  Kyd manages to provide more atmospheric tones while Velasco/Dikiciyan handle the more dynamic and action oriented sounds.  The biggest thing for me with this soundtrack is that it seemed to standout more and make itself known to the player than the first game where it kind of faded into the background in support of the gameplay.

Halo 4
When you think of Halo, you tend to think about those chanting monks and Marty O’Donnell.  That why, once Bungie left the scene, people were probably a little skeptical with a potential new direction for the series.  Thankfully, once the game released and Neil Davidge’s score was finally heard, minds were put to ease.  People loved it so much that it even started to climb the Billboard 200 chart to the #50 spot in it’s first week.  Something that’s never been done by a video game soundtrack.  Neil didn’t try to emulate what Marty did, but instead forged his own path choosing to mix the classic orchestral/choir side with electronic and digital sound. I have to say, it works perfectly and provides a refreshing change of pace.

Max Payne 3
With MP3, Rockstar went a different route for the game’s soundtrack forgoing a composer for the likes of a band called HEALTH.  It’s hard to describe HEALTH outside of ‘noise rock’, but what they managed to create for the game really was remarkable.  The band was brought in by Rockstar and basically set loose to do their thing how they wanted. This helped create one of the most dynamic soundtracks I’ve heard in a long time as the music seemed to move with the action on the screen.  This type of evolving music really managed to capture the tone Max Payne 3 was going for and is easily one of the most memorable soundtracks to come about in a long time.

And the winner is… 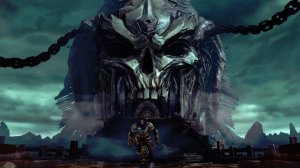 Jesper Kyd strikes again.  I don’t know what it is about Kyd’s music, but anything he’s attached to, the soundtrack is instantly elevated.  His style just enhanced everything about the game.  The music he managed to put together really helped tie the world to the gameplay and back to the player.  Featuring a well composed mix of instruments, to choir, to more dynamic digital sounds, Jesper manages to create a dark and great fantasy driven tone.  I knew he was attached to the project going in and I love his work but I was really taken by surprise by how well integrated the music was to what I was seeing on screen.  That’s really what helped but this soundtrack over the top and tie the whole package together.