December is here once more and that means the annual Gamer Crash Awards have returned.  This is my December awards ceremony where I celebrate the best (and unfortunately worst) of 2011.  A side note on my awards, I only select games from what I’ve played this year regardless of industry hype.  Honestly, I can’t generate an opinion on something I haven’t played and it just wouldn’t be fair.

The first category is Best Downloadable Content which can include games and add-ons a like.  There was a wealth of quality content this year with DLC coming fast and furious for all the top games and a bunch of stunners in the downloadable games sector as well.

And the nominees are!

InFamous: Festival of Blood (PSN)
Cole MacGrath made another appearance this year though this time in a more bite sized package coming from the fine folks over at Sucker Punch.  This time around, Cole is bitten by a vampire queen and has before dawn to break the curse.  Now aided by vampire powers in addition to his normal electric based attacks, Festival of Blood adds a wonderful twist to an already fantastic game.  Returning to New Marais was never so welcomed.

Deus Ex: Human Revolution – The Missing Link (DLC)
Providing some background between a set of missions in the main game, The Missing Link, continues the excellence that Human Revolution gave to us this past August.  You still play Sarif Industries Head of Security, Adam Jensen, as he explores a large ship and the conspiracy taking hold.  The cool aspect is that you are basically stripped down and given upgrade points back to invest in the skills you want.  Since there are a finite amount, it makes upgrading all the more important and interesting for the player.  It’s a tense and well paced addition to an excellent game.

Iron Brigade (Trenched) (PSN/XBLA)
The second Double Fine offering in 2011, Iron Brigade (formerly Trenched) gives players a tower defense style action game where you play in an alternate reality World War I landscape.  A crazy Russian man has essentially created an electronic television oriented army and you must stop them from world domination.  You pilot a giant walking mech and through purchasing and upgrading you can customize it with different style guns and different parts.  With a gold, silver, and bronze challenge on every level, you’ll quickly find yourself saying, “just one more time”.  It also helps that you can partner up online for 4 player co-op action.

Bastion (Xbox Live Arcade)
This one really took me by surprise.  Released during the always excellent Summer of Arcade promo on Xbox Live, Bastion introduces “The Kid” as he works to figure out why the world has fractured and broken.  The biggest thing that’ll catch your eye is the almost watercolor like visuals and the unique feature where the ground seemingly flies up and forms underneath you as you walk.  The real showstopper though is the use of a dynamic announcer who keeps the game’s narrative moving and reacts to what you do in the world.  It’s very cool, and gives the game a gritty western style vibe.  With an RPG like leveling system and the ability to upgrade various weapons, Bastion is a one of a kind treat.

Orcs Must Die! (Xbox Live Arcade)
Another one that really took me by surprise, Orcs Must Die! comes to us from Robot Entertainment and is a tower defense style game where instead of an over head view-point, players take up arms as a combat mage.  From the near overwhelming amount of cool traps and unlocks, to the sheer insanity and fun of the gameplay, Orcs Must Die! really is an addiction of mine.  The music is also fantastic and can only be described as hard rock mixed with medieval style music.  Trust me, play this once and you’ll be hooked on saving the world from the orcs.

Stacking (PSN/XBLA)
Who would have ever thought making a game about Russian Stacking Dolls would be so fun.  Double Fine, did of course.  You play Charlie Blackmore as he sets out to rescue his family from the evil Baron.  You’ll visit unique locals as you stack your way through this puzzle game solving challenges and finding unique dolls littered around the maps.  The visual style is extremely unique with its 1920s silent movie vibe, easy controls, unique and interesting dolls and multiple solution challenges.  It also helps that the normal Double Fine humor is on full display as well.

So who takes it? Which piece of content do I like the best?  Verdict after the jump…

It was a fierce competition this year as all of the nominees above are fantastic but in the end it was Bastion which stood out and left a lasting impression on me.  With its amazing visual style, fantastic score by Darren Korb, addictive RPG qualities, engrossing storyline and stellar action sequences, Bastion should be played by all who are able.  The dynamic narration by the old wise man Rucks is a game changer and one I hope to see again in future games.  It’s really that good.

So congratulations to Supergiant Games.  You’ve certainly earned this one! 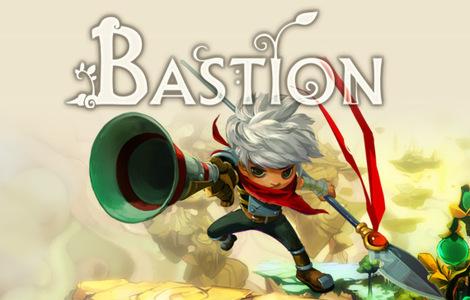 This entry was posted in Gamer Crash Awards and tagged games, Opinion. Bookmark the permalink.